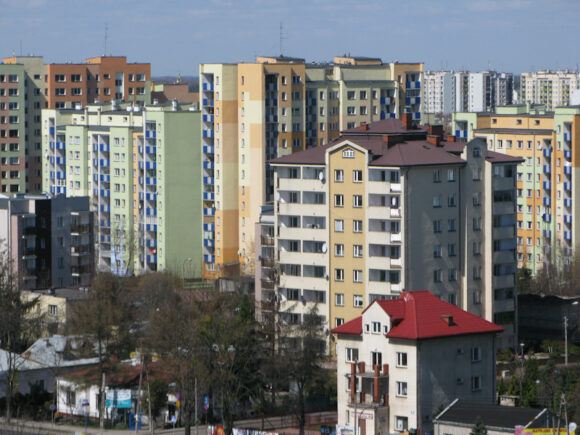 Getting the Long View

A lot of people don’t seem to like like Warsaw. Or at least those people who aren’t from Warsaw don’t. I keep hearing the same thing again both from Polish people and foreigners alike – about how harsh it is on the eye. When I went there, however, I had a very different experience.

It wasn’t because it had suddenly become beautiful. Warsaw was voted as the European city with the ugliest architecture in a 2009 TripAdvisor poll, so that was always going to be kind of unlikely.

I didn’t see enough of the city to form a true opinion but, true to reputation, I saw block after block of identikit flats. The only concession to aesthetics was the colour of paint on the brush in each case.

But that didn’t matter because it gave me something else: The opportunity to stretch my eyes.

My friend’s flat was high up, my eyes stretched far and wide, meeting tower blocks and commercial centres in all directions. But for the first time in ages they felt free to roam and it felt great.

Wroclaw – now there’s a good-looking city. It’s also a city where I’ve been spending a lot of time recently. But whilst there are rivers and space enough to get a bit of a vista, I still rarely feel like my eyes have enough room to wander.

When I lived in Seville last year, it was even more the case. I was living the dream, taking slow breakfasts on the city’s cobbled streets. Well, in cafes on the streets – I’m not some kind of gutter-dweller.

But it’s such a flat city, and I often felt some kind of strange yearning to be able to see for a distance, to drink in some big open spaces. So whenever was practical I’d head out of town to places like Carmona – a town atop a ridge with views out over the Andalusian plain.

The best place of all though, for me at least, is the sea. There’s something about endless water that can give you that sense of suddenly being able to breathe, like you’d been holding your breath the whole time up until that point. 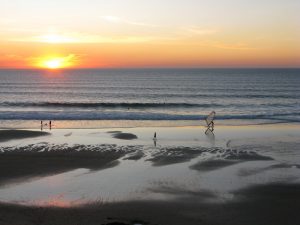 So despite the fact that Warsaw is not a place synonymous with beauty, it was still able to give me something I was missing. And regardless of conventional wisdom about the place it left me feeling refreshed.

Do you ever feel the need to get out and stretch your eyes? Have you ever been grateful to be confronted with bland architecture? Can you do that funny thing with your eyeballs – you know, where you make them judder? 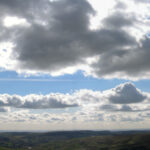 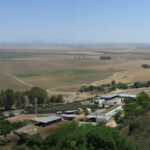 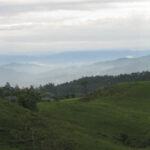 ← Learning Sevillanas for Seville’s April Fair
What is a Digital Nomad? →