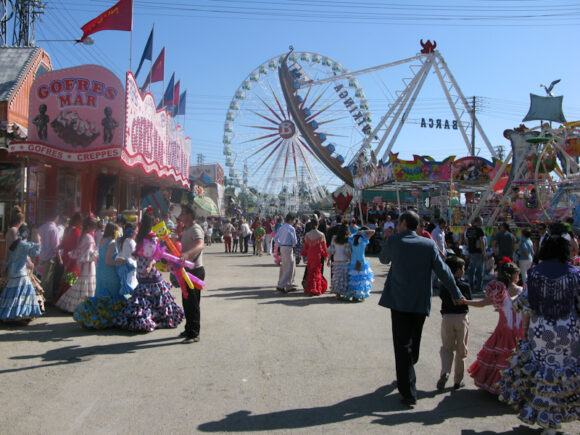 This time last year, Seville was hosting the annual Feria de Abril (April Fair). I’d intended to give the Feria de Abril a wide berth. This was mainly because, as with the Semana Santa festivities, I was trying to get some work done. But it was also because of its reputation.

The April Fair is a week-long celebration in which the men don smart attire, the women dress up in gitana dresses, and everybody carries with them the determined intention of having a good time.

From what I’d heard, the Feria consisted of two main activities – drinking, and dancing the flamenco-like Sevillanas. But since I didn’t drink and I couldn’t dance Sevillanas, I had pretty much ruled it out.

But then as with Semana Santa, I decided late on that I really ought to get out and see it whilst I had the chance. If nothing else it would help deal with the half-yard stare. This is the writer’s equivalent of the thousand-yard stare – that thing where you take a break from the screen and find you’re in a daze. If you haven’t heard of this name before that’s because I just made it up.

Steps into the Unknown

Given the choice between learning to drink and learning to dance I flipped a (two-headed) coin and went for the latter. There was a problem, though: the Feria had already started and it was far too late to be taking classes. My solution? I decided I would teach myself on my own in my bedroom.

I won’t go into the specifics here – you can read about them in this article I wrote for Dance Today – but it involved repeat viewings of a Youtube video, some hastily-scribbled notes, and a pair of badly-drawn eyes pinned to a cork-board.

There was a truly vibrant atmosphere on the streets of the specially allotted site of the Feria. Horse-drawn carriages clopped past carrying smartly-dressed families, and the air was filled with the scent of candy floss and frying churros.

Putting it into Practice

Most of the action takes place in tents called casetas. Here people knock back vast quantities of rebujito (sherry cocktail) and dance until the early hours, so it was in these that I would be spending much of the evening.

One of the notable things about Sevillanas is that it consists of a fixed sequence of moves. Whilst this might sound quite restrictive, it means that people can (and do) dance it in a line all at the same time, adding to that sense of being part of something that’s going on.

It was tough going at first, trying to make the transition from dancing opposite a pair of biro eyes, to dancing with with another real-life human being. Plus getting used to the timing of the dance was quite tricky, too. But even when I was getting it wrong, it didn’t matter: people were just happy that an outsider had taken the time to learn this essential part of Feria culture.

One of these days I probably will end one of these ‘taking the opportunity’-type blog posts with some kind of cautionary-tale conclusion, in which I’ll talk about how deeply I regret having taken the opportunity to do… whatever. But it won’t be this time, because it was a great experience. Besides which, that whole thing about regretting more the things you didn’t do is absolutely true.

I didn’t end up some expert dancer of Sevillanas – you’d be lucky to even reach a level basic mediocrity in such a short space of time – but it gave me an ‘in’ into the festivities, and meant I really felt part of what was going on. It was certainly better than just turning up and watching, and miles ahead of sitting at home staring at a computer screen. I’m just a bit sad I’m not there to experience it this time round.

Have you ever learnt a dance for a specific occasion? Did you have to gaze longingly into a pair of blue-biro eyes? If you had to choose between learning to dance and learning to drink, which would you go for? 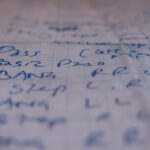 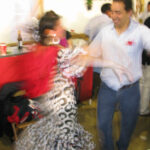 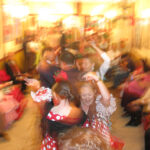 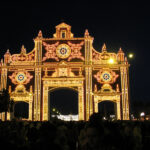 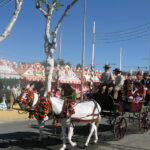 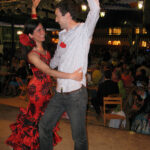