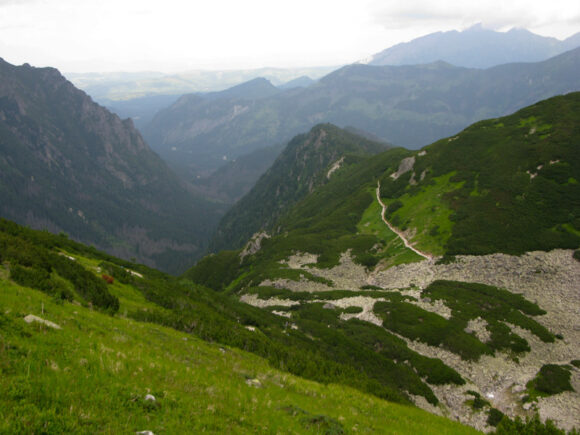 Hiking in the Tatra Mountains

After the melodrama of a neck injury so serious that it took me nearly a whole day to recover, it was time to finally go hiking in the Tatra National Park.

I only had a single day to go hiking because the weather was forecast to turn bad the next day. So the majority of the 270km of trails in the national park was going to have to remain unknown to me for the time being.

Some part of me had a kamikaze plan to do the hardest route I could possibly find. In my own mind, I was like a mountain goat, albeit a two-legged, sarcastic one. But in reality I’d not been hiking in about two years, so perhaps I’d confused being good at hiking with simply having long legs.

Thankfully, reality prevailed and I decided to go for one of the more popular routes – a triangular trek to the Valley of the Five Polish Lakes, then across to Morskie Oko, and back down again. 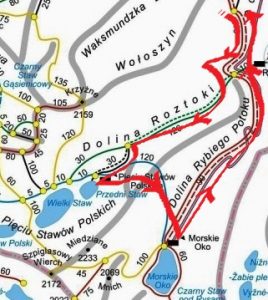 Like so many others I took one of the constant stream of buses out of town for 10PLN (2GBP, 3USD),  to Palenica Białczańska, which I’m guessing is Polish for ‘Big Car Park in a Forest’. At this time of year (July) the Tatra mountains are near their peak of tourism, so it wasn’t much of a surprise to see that it was full of vehicles, coaches included.

The first part of the trek was easy, hiking up the long black asphalt road curving up between tall evergreens. This is the start of the most popular route of all – a 9km (2h30m ish) walk up to the lake of Morskie Oko (‘Eye of the Sea’) on an asphalt road.

Many others were walking this way too, families with prams included, quite often walking five or six people abreast, and we all occasionally had to move to one side to allow horses to clop by pulling carriages. 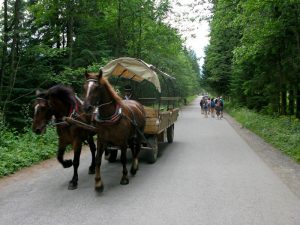 Hiking to the Valley of the Five Lakes 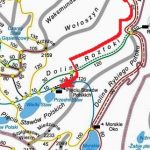 After a half an hour or so, I reached a turn off – the point where the road to Dolina Pięciu Stawów Polskich (the Valley of the Five Polish Lakes) departed from the main vein up to Morskie Oko.

I’d been advised by some bloke at the hostel that this diverging route was second only in popularity to the Morskie Oko asphalt track. I don’t know if that’s true, but I do know it was very different – a stony trail that ascended away from the steamy tarmac, disappearing into the forested hillside.

Indeed, the track was rustic enough – and certainly unpopulated enough – to thrust us straight into ‘hello’ territory. By which I mean it was now suddenly appropriate to say “Hello!” (or in this case “Dzień dobry”) to people as you passed them, even though it hadn’t been moments earlier on the asphalt.

My fellow hikers were of all ages, from those resolute, elderly ‘I walk 20 miles before breakfast’ types to children who seemed to have been deliberately brought along by their parents to shame any adult that felt the need to sit down and draw breath.

None of the above overtook me though. But that’s because I barged them off the track and into the vegetation every time they tried.

The path continued on its upward trajectory, snaking past felled trees and skipping over streams via little bridges, whilst the occasional break in the trees gave bigger glimpses of the valley.  The air was filled with the rush of distant water down the sides of the valley, and the occasional whiff of medicinal vegetation. 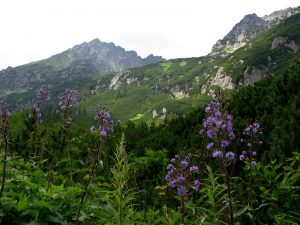 Stopping to smell the r… whatever those things are.

If you want to see more images, I’ve created a separate gallery post.

Nearing the end of the path we reached a signposted spur path, marking an alternative route that climbed up the side of steep side of the valley, versus the main one that continued up and out the end. I’m impressed with the signage – there are flashes everywhere to tell you you’re on the right path, and signposts giving you a sense of the distance gone and remaining. Yes, it does sanitise it, but hey, it’s not like you come out here expecting to be a pioneer.

I pushed on up the spur, working my hamstrings, and stopping now and then to take a breather and a slurp of water. This was more like it.

At the Valley of the Five Lakes

We finally crested the side of the valley at the location of some kind of pulley-winch system which, judging by some kegs stood nearby, served the primary function of delivering large quantities of beer to the mountainside.

A massive wooden lodging house leapt out from behind a hillside – ta da! – and it became clear that I’d arrived at the first major break point.

One of the five lakes, along with a refuge that was specially designed to look digitally superimposed whenever photographed.

There are quite a number of such refuges in the mountains, and this one had something of the atmosphere of a country pub in the UK, with homely Polish cooking smells drifting out from the dining room. I got the impression that meal here was a central part of the day’s plan for some of the visitors:

There were also quite a lot of nuns about, along with a whole subculture of people trying to photograph them surreptitiously.

It was certainly a picturesque place to take lunch. You can’t see all of the five of the lakes in the title at this point, but the first one was right there, on the doorstep. A little wander up the track, meanwhile, gave me access to two more, one of which was so small I find myself saying “Is that one of the five?” It’s called Mały Staw, and yes it is. 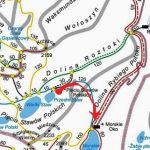 The hike out of the Valley of Five Polish Lakes onto a ridge was the most spectacular view yet – a view both of that valley, and also the one leading into it.

The sense of space alone was quite something else, and I felt the need to stop every three minutes to take a further set of photographs. This despite the fact you’d have needed to be an expert in photographic forensics to tell the difference between all of them.

At this point the weather decided it wanted to screw with everyone, alternating between light showers and bright sunshine, just to see how many times it could get people to stop and change their kit. It did this for a while before resting on the sweet spot of a very light shower . This the most annoying weather of all, as you get just as wet when wearing a waterproof (from sweating) as you would from the rain if you weren’t wearing one.

From here on the path was mostly downhill, twisting about Buckaroo-like as though trying to throw people off the track and down the hillside. At one point the combination of dust, fresh rain and not-very-grippy Merrells resulted in one foot going from under me. I hit the deck and went all Peter-from-Family-Guy.

So that was quite nice.

Soon enough Morskie Oko (meaning Marine Eye) came into view, a singular gem of a lake buried in the cul-de-sac end of a small valley, whose sides rise steeply all round. It was a fairly dull gem today, though, because of the weather. 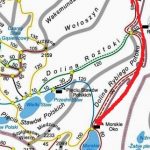 At this point, I was very tired and the correct thing to do was obviously to pay to be transported the 9km back down hill in one of the horse-and-traps. But it seemed like a bit of a cop out. So, like the idiot I am, I powered on downwards, convincing myself that my own long and fast strides were only marginally slower than that of a horses.

They weren’t. In fact I’d have been better lying down and rolling down the hill the whole way.

I’m not sure quite what part of my brain is responsible for such stubbornness, but it needs a good talking to. I made it back eventually, then sat on the bus back to town with the thousand-yard stare and an open-mouthed dribble.

There was just time when I got back, before taking the coach out of town, to pick up some oscypek – the smoked cheese that the area is famous for. Everyone had been saying to me “You must try the oscypek!” 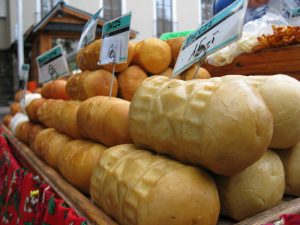 Oscypek is best eaten grilled with cranberry jam. In a sealed room. On your own.

What no one had been saying to me was “You mustn’t put the oscypek in your bag! Not unless you want everything to smell of it, including your camera!”

Still, I had a great time in Zakopane, despite my neck issues, and I’d definitely recommend it as a place to go hiking, even like now, in high season when the trails are busy.

I thought about going back again as soon as the weather changed, but on reflection I’ll probably wait until I’m unfit again with a cricked neck as I think that made it more fun.

Have you been hiking in the Tatra mountains? Did you cause yourself problems by virtue of your own stubbornness? Have you any idea if the smell of oscypek goes away eventually?