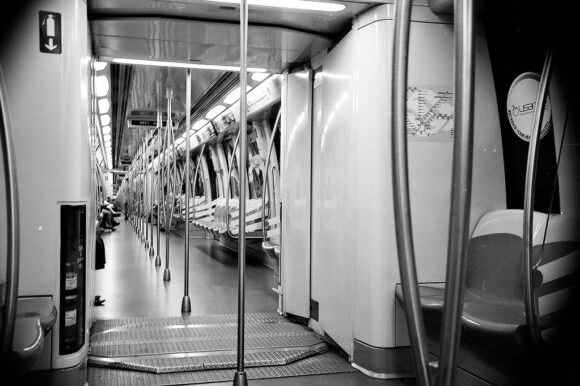 Shame on You! Singapore Transport Etiquette

Wherever you travel to, there are always cultural mores you have to adapt to. Understanding the dos and don’ts is an important part of acclimatising to any new location. But if you’re going to Singapore you had better watch out, especially if you plan to drive a car or use the public transport.

If not, you can just have a laugh at the Hey Goondus! section of the Stomp (a Singaporean citizen journalism website). It’s a photo-reportage of minor transgressions that have taken place on the transport system of Singapore, goondu being Singlish for idiot. 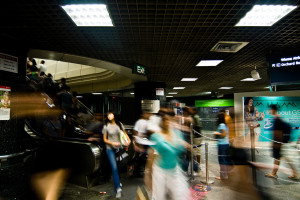 Some of the photo-posts are perfectly understandable. For instance:

Reckless ‘street racer’ weaves in and out of traffic dangerously

Driver sticks P-plate on license plate instead of rear windscreen

And how could we forget:

Woman occupies extra seat on bus with her bag

Beyond that are the stares. The stares designed to politely inform you that your behaviour is impolite, possible photograph-worthy. HOW COULD YOU NOT NOTICE THE STARES?

Student eats bread in train despite noticing stares from commuter

How do you feel?

The captions often raise different emotions in me to the ones perhaps intended.

When I read ‘Guy looks so happy to be sitting on MRT priority seat‘ I feel genuinely pleased for him, whilst ‘Look at how this youth sleeps on bus’ makes me want to applaud his ingenuity. And if ‘Girl brings puppy onto bus in pet carrier bag – then brings it out to play with’ doesn’t melt your heart then you’re a robot.

You can find out how the locals feel from the voting segment at the bottom. Are people are genuinely enraged to read that ‘Caucasians huddle around seats on bus and make woman uncomfortable’? Or does they just feel bochap (‘meh’)?

If I ever went Singapore I would be in a constant state of terror – at the potential offence my behaviour might cause. But even hyper-vigilance is probably no solution: 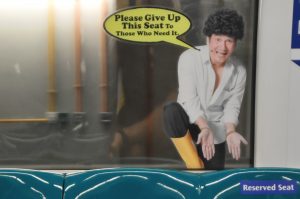 On one hand, such seemingly minor issues can have a direct impact on your mood when left unaddressed.

On the other, when I read ‘You can’t top up your EZ-Link card at this machine – thanks to litterbug’ – in reference to a discarded plastic cup on a payment point, I can’t help but think MOVE THE CUP! JUST MOVE THE EMPTY PLASTIC CUP!

Or, you know, photograph it and put it on a website and presumably spend the rest of the day with your arms folded and your face stiff with indignation.

Although it’s admittedly much easier to have that kind of measured response when you’re sat behind a computer in a room, rather than on a bus with somebody using the journey to publicly cycle through all their possible ring tones.

Want to see more, along with the accompanying photos? Find them at the Stomp.

Do other people’s minor transgressions on the roads or public transport bother you? Is posting photographs to the internet an appropriate response? Was it you who was sat next to me the other day taking up marginally more space then you were entitled to? *Seethes*

← Hiking in the Tatra Mountains
Come to Innsmouth! See the Shadow Over It! →