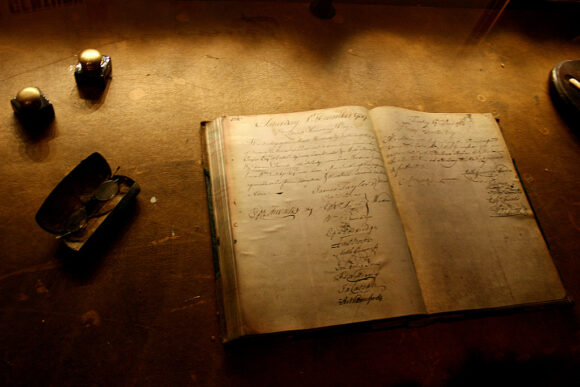 I’m a big fan of libraries. I’m also quite fond of humans. So when I heard that there was a ‘Human Library’ event being held in Wroclaw, I felt obliged to go and see what it was all about.

What is the Human Library?

The Human Library is an initiative to help people challenge their prejudices via events held in numerous countries worldwide. It does this by providing the opportunity to talk to people you might not normally meet. By which I mean marginalised members of society, rather than Miles Davis or Genghis Khan.

One of the tag lines on the Human Library website is ‘What’s your prejudice?’, highlighting the fact that we all carry prejudices, even if we don’t realise it. Well most of us. Not me, obviously.

The recent Wroclaw event, for example, had a transsexual person, a former prisoner, a lesbian, a recovering alcoholic and so on, like the cast of a politically incorrect joke (and quite an ambitious one at that).

It was getting late when I arrived at the venue – too late, in fact, for me to have a choice of who to talk to – so instead I was assigned a blind and hard-of-hearing local man. Plus an interpreter to make things less socially awkward given that neither of us spoke the other’s language.

We sat on some comfy seats and I fumbled about in my brain for some questions – the act of speaking through an interpreter meant I couldn’t just ease my way into the conversation with some meaningless ‘hey, how’s it going?’-type banter.

I asked him what advice he had for other people when they encountered someone in his situation. What things do people do that they shouldn’t do and vice versa?

His response was simple: “Don’t help.” 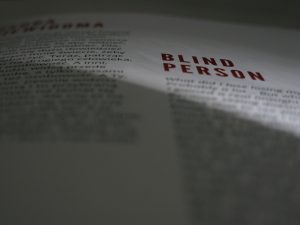 He expanded on this by saying that if you help people too much they’ll become a bit lazy and dependent and expect everything to be done for them.

I wanted to argue back, to point out that the problem with other people doing things for you is actually the loss of independence. Then I remembered that he was the one who was blind, and decided I’d probably be better focussing on listening instead.

My ideal Human Library event would just consist of just me telling a queue of visitors what it’s like to be a whole host of different people. I may even take requests.

“Oh, quite tough – I have to work long hours in difficult conditions just to feed my family. I imagine.”

The library metaphor is referenced quite heavily during the event – people are ‘books’ and popularly-accessed people, I mean books, I mean people, are called ‘bestsellers’.

The upside of this metaphor, from what I can see, is that objectifying a person makes them a tangible resource and legitimises the asking (and answering) of otherwise awkward and intrusive questions. It also helps make the idea memorable, and maybe a bit playful and fun.

The downside, you could argue, is that it dehumanises a person by objectifying them. Also, the metaphor in general just seemed rather forced: when I arrived I was asked which ‘book’ I’d like to ‘read’, when just being asked which ‘person’ I’d like to ‘talk to’ would have seemed a lot more natural.

In fact why not slap a Dewey Decimal System label on the side and get them to stand on a shelf? I’ll do my normal library-book thing: take three home, leave them there for a month (eyeing them guiltily on occasion) and then return them unread and, if pushed for an opinion, claim they were ‘pretty good’.

That said, if the book metaphor helps to bring people here (and it probably did that for me) and encourages the asking of questions that might otherwise be avoided, then maybe it’s a good idea. 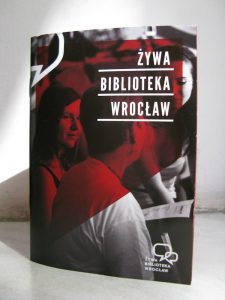 I really like the idea of the Human Library. I relish the chance to see the world from the perspective of others; to broaden my horizons; to thumb my lapels and casually mention that I was in a ‘human library’ the other day.

I would hope the ‘books’ themselves get something out of it, too, even if it’s just a sense of having been acknowledged and listened to.

It’s a nice idea, and it comes from a good place.

An obvious criticism would be that such a concept would mostly appeal to people who are already broad-minded. Certainly the other visitors there at the same time as me didn’t seem like vessels of simmering resentment against minority groups.

I mean, yes, we’re all prejudiced but if someone has a genuine and profound problem with minority groups, would they really go out of their way to meet someone from one for the purposes of self-education?

But perhaps I’m making unfair judgements about prejudiced people. In fact, maybe ‘Prejudiced Person’ should be a book in the next Human Library. Though I’d frankly I think I’d be wary of asking them anything.

“What do you think of foreigners?”

“How long have you got?”

It’s also worth remembering that the organisers, event staff and ‘books’ were all unpaid volunteers who gave their time to try and make the world a better place, which is surely something to be applauded.

What do you think of the idea of a Human Library? What ‘book’ would you most like to ‘read’?  And if you were a ‘book’, would you cut straight to the action, or be kind of waffly with no clear narrative?