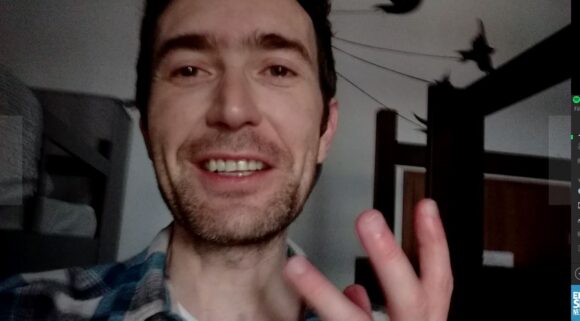 This is my video review of a hostel on a train station. I’ve said ‘on’ rather than ‘in’ because it’s literally housed in a station building on one of the platforms, rather than right next to the station or some other cop-out like that.

I must admit that I’m slightly concerned that you’re going to think that I’m obsessed with trains. I am, of course. but I don’t want you to know that. So I’m going to hide behind the idea that it’s mere coincidence that I’m doing yet another railway-related video.

Actually, it probably is (I might just get away with this) – I recently went to Toruń during the długi weekend, as they call a long weekend in Poland (you get a prize for working out what ‘długi‘ means. The prize is me shaking my head at you thinking there’s a prize for that). Almost all of the accommodation was booked up, so I ended up staying at the new hostel at the train station. And making this video.

In my opinion, Toruń is probably the best undiscovered destination in Poland. It feels a bit weird calling a city undiscovered, especially given that its 200,000 inhabitants have all discovered it just fine, and that every single Polish person on the planet is perfectly aware of the place, and indeed has probably visited it.

But yes, it’s completely undiscovered. I’ll go into it in more detail as to why I think it’s so great at some point in the future.

Have you been to Torun? What’s the strangest place you’ve found a hostel? And am I really convincing anybody that I’m not obsessed with trains?