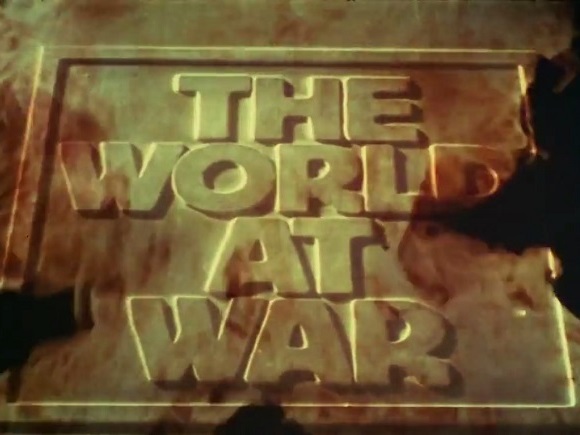 I’m currently writing a book about Poland. Despite the fact that it’s going to be one of those jaunty, idiot-bumbling-around kind of travelogues, I realised that I was still going to need some basic understanding of the events that have shaped the country.

At which point it struck me just how how patchy my knowledge of the Second World War was.

The Second World What?

Beyond the more obvious things, my own knowledge of WWII was just a disjointed agglomeration of places, people and events. The Germans going for a badly-timed advance into Russia; a very specific bridge being blown up in the Netherlands; Tom Hanks charging up the beach at Normandy.

It was a swirling sea of disconnected ideas, and I was missing the bigger picture.

Why all the fighting in North Africa, for instance? One of my granddads fought at El Alamein and Tobruk, and I don’t think he was there for fun. How on earth did Japan manage to get involved in the whole thing, like when a second fight spontaneously breaks out during a bar-room dust-up? And what was Alec Guinness doing in Thailand?

The World at War

Since history books send me to sleep, I decided to cheat and use video resources instead. Specifically, I decided to watch The World at War.

It’s not a recent programme. It was made in 1973 by the British company Thames Television, in conjunction with the Imperial War Museum, and is narrated by Laurence Olivier.

The World at War consists of 26 episodes, each just under an hour long, so it’s not a short undertaking to watch it. But IMDB users give it 9.4/10, so some people definitely think it’s worth it. And having now seen the whole thing myself, I’m one of those people.

Alternatively, you could stuff the idea of documentaries altogether, and instead watch a bunch of movies famed for their historical accuracy and lack of nationalistic sentiment, like U571  and Pearl Harbour.*

Why this particular series?

Many different programmes have been made about WWII. But whilst this series is getting on a bit, it’s still well worth watching for a whole bunch of reasons… 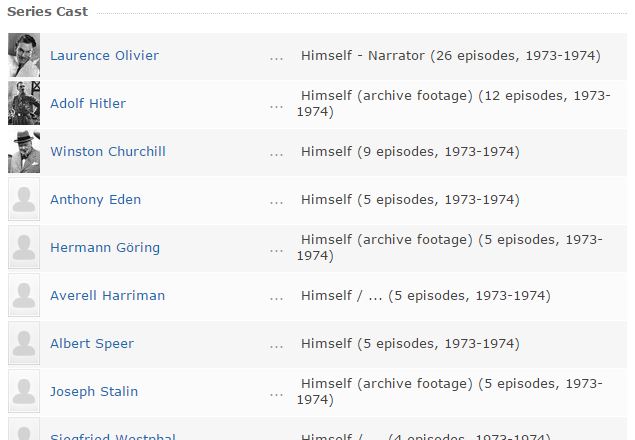 What’s it all about?

The title sequence gives a clue as to the tone of the series. In it, photos of men, women and children become charred and disintegrate. And indeed the programme is less about endless tactical details and more about the impact on human beings of the war, and especially of ‘total war’, where everyone and everything, including civilians and their resources, become legitimate targets.

It does an excellent job of giving the bigger picture in terms of the sheer scale of people affected, but also the detail via individual stories and anecdotes. The war is examined as a complex and nuanced thing, without stooping to triumphalism or nationalism, or making emotional appeals.

To get a feel for all this, it’s well worth watching the couple of minutes of the first episode:

On top of all this, it digs into the ‘whys’, including the cultural traits and recent history that drew each country into the war in its own way, and to a large part determined the fate of its inhabitants. Also covered is the politicking that took place in the aftermath, which determined the shape of the world that followed.

As a side note, Laurence Olivier’s narration is excellent, although it did take me a while to work out what a ‘fruncher’ was. It turns out it’s just how he pronounced ‘frontier’.

It can’t do everything, of course, and 1,352 minutes of viewing still feels like it’s only brushing the surface. But then there was a lot going on.

Heck, it was confusing enough for the combatants. As author and war veteran J. Glenn Gray says in one episode (speaking of an incident during the war when he met a hermit in the mountains in Italy):

“My attempts to explain what was going on faltered […] because I suddenly realised that I couldn’t possibly explain to him why Americans, Britishers, were fighting in Italy against Germans, with Italians on both sides […] Even had he been speaking my own language, I wouldn’t have been able to tell him what the war was about, because I didn’t really know myself, in any deeper sense.”

The World at War succeeds at creating some kind of order from the chaos by teasing out individual threads and working with them one at a time, rather than trying to follow a complex a mass of global-scale throughlines all at the same time.