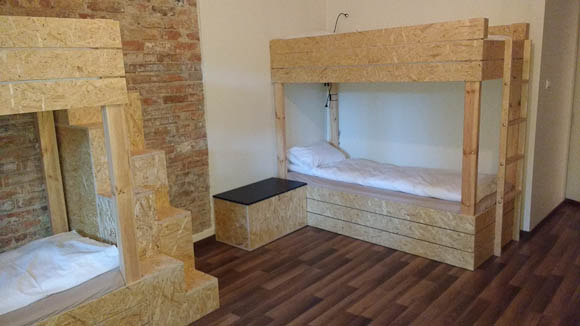 The 10 Things You Need to Hostel Like a Pro

I’ve stayed in a lot of hostels in my life. In fact, I’m kind of all hostelled out to be honest. But before I park hostels in the space marked ‘stuff that I did when sleep wasn’t important to me’, I’m going to share what I’ve learnt.

Specifically, I want to tell you what stuff you should take with you to make hostel life – and specifically dorm life – just that much better. Or at least more bearable.

On a side note, I love the way you can tell if someone has backpacked or not by the way they react to the notion of hostels. If their response is “A hostel? Like one of those things scouts stay in?” then, on balance, probably not.

On another side note, sorry for using the word ‘hostel’ as a verb. Also for suggesting there’s a professional-level standard of sleeping in a big room full of people. 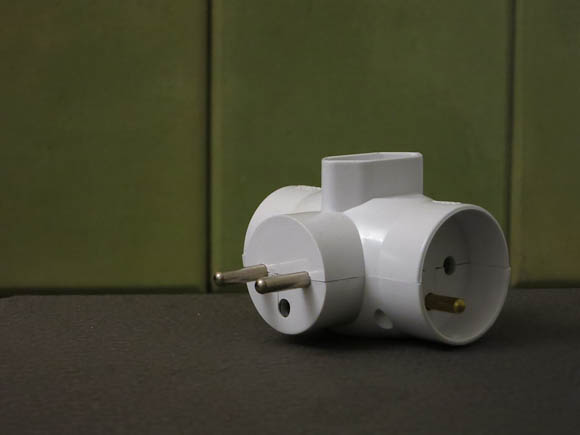 In some hostels, it’s like they had a long meeting about how they could annoy the crap out of their guests, and decided that installing a single electricity socket in an 8-bed dormitory would do the job nicely.

If you end up in such a place, how are you going to charge all your devices, especially now most travellers (myself included) are carrying so much digital kit that they’re like that car that turns into a robot?

The answer, of course, is to have your actual skin replaced by a thin membrane of photovoltaic cells. You can then just plug your tablet, smartphone and electronic travel harp into the side of your face.

Alternatively, you can buy one of those things that multiplies the number of available electrical sockets. An actual power strip itself can be quite bulky, but one of those little 2 or 3-way adapters can be great. 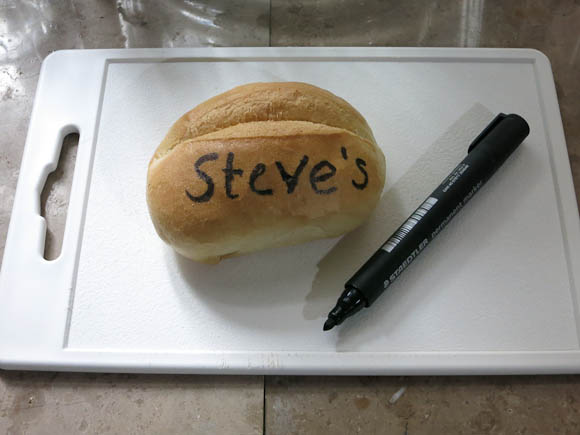 Hostel owners like to play a game where they put a sign that says ‘Write your name and leaving date on your food’ and then provide nothing to actually do it with. Or maybe just challenge you with a blunt pencil (hint: sharpen it with the blunt chopping knife).

Bring your own marker, and you can genuinely write on your food with before you put it in the fridge, making it more likely to still be there when you come back. Well, marginally. It’s also useful if your enemies need to know which milk to spit in.

As a bonus, you can use this pen for hitchhiking (simply write where you want to go backwards on the windscreen of a car at traffic lights. I think). 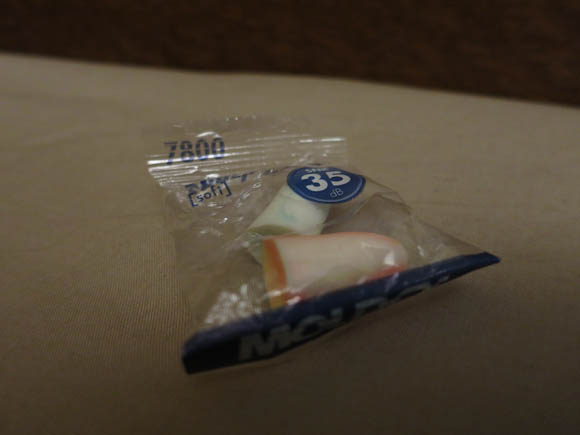 I know what you’re thinking. “Why take earplugs when you could be lulled to sleep by the sound of someone else’s persistent, night-long snoring?”

Well I suppose I must be a curmudgeon at heart, because I swear by them.

Whilst the temptation might be to eliminate the problem at source by sticking them up the nostrils of the sonic aggressor, that’s probably technically illegal, and at the very least a little bit rude. So whack a pair in your ears before you go to sleep, or at least have them handy. 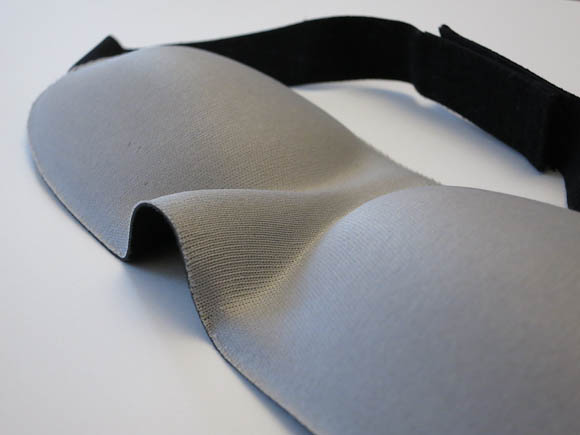 In the future, you’ll be able to buy inflatable sensory deprivation tanks that you can stuff in your backpack. Until then you’ll just have to recreate your own with by donning an eye mask, inserting a pair of earplugs (see above) and optionally emptying multiple gallons of water on your bed.

Ignore the calls of “why are you staying in a hostel if you are so determined to block out other people?” – the problem is that not everybody goes to bed and gets up at the same time. Indeed, some cheery hostel-dwellers see the ritual 4AM switching on of the dormitory lights as the perfect end to a night out. Also, not all dormitories feature decent curtains.

Sure, you’ll look like an idiot, but if you’ve got your earplugs in too then it’s pretty easy to block out the humiliation anyway. 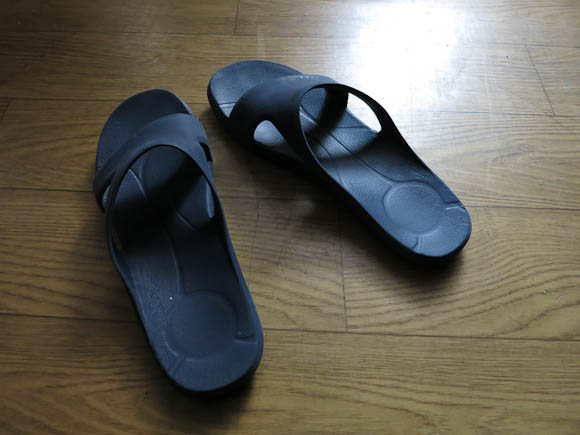 Showering in hostels can be a pain. If the corridor between the dorm and the bathroom is carpeted, you’ll get back with feet like a hobbit. And if it’s a hard surface you’ll be doing an impression of Disney on Ice, only with more swearing (which is how Disney on Ice should be in the first place).

Anyway, that’s why you pack flip-flops, thongs or whatever else you call them. Sports slippers (see photo) – that central/eastern European staple – are pretty good too.

They’re also handy if you take one look at the floor in the shower and decided that, on reflection, you’d rather not have your skin in contact with it at all. 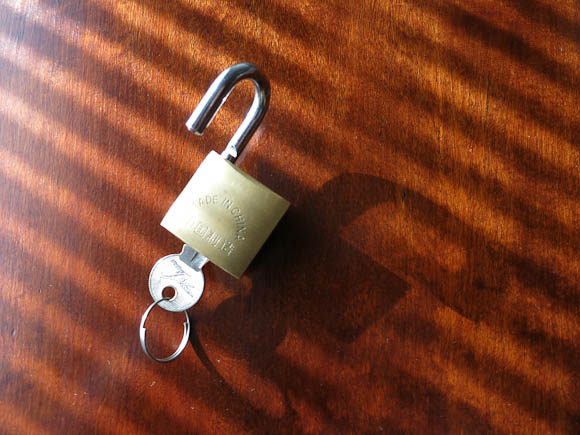 Hostel security can vary massively. At one end of the scale there are places with laser trip-mines and nostril-recognition technology. At the other they just have signs that say ‘hey – they’re only material possessions’.

Plenty of places provide lockers but no actual padlock. And things do get stolen. So bring a key-operated padlock. If you prefer a combination lock, go for something a bit more heavy duty rather than just taking the flimsy one off your your luggage.

Having a key-operated padlock also adds excitement to your journey every time you fish into your pocket and don’t locate it instantly. Do you still have access to all your most important possessions, or will you have to borrow the hostel skeleton key (aka a pair of bolt cutters)?

Tip: If you’re travelling with a friend, give them the other key. Not so they can help you if you lose yours, but so they can parade round the room with your underwear on their head any time they feel like it. 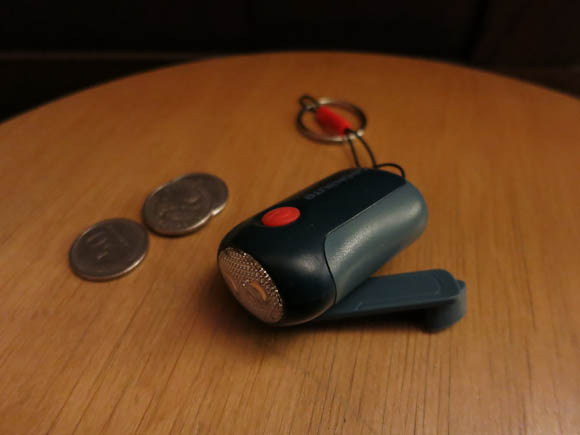 Whilst we all enjoy yelling “SURPRISE!” and throwing the dormitory lights full on at 4am, fresh from the nightclub, some people (party poopers) have a weird dislike of being subjected to that.

This is why having access to a torch is a good idea. You can use the torch app on a smartphone, but I like pack a small wind-up torch as seen in the photo (from Decathlon). The great thing about this particular item is that you get to wake everybody up with an annoying winding sound instead of a bright light.

If you don’t want to bother with a torch, instead simply stagger round in the dark, and launch yourself onto each bed, one at a time. The first one that doesn’t let out a winded squeak is available. 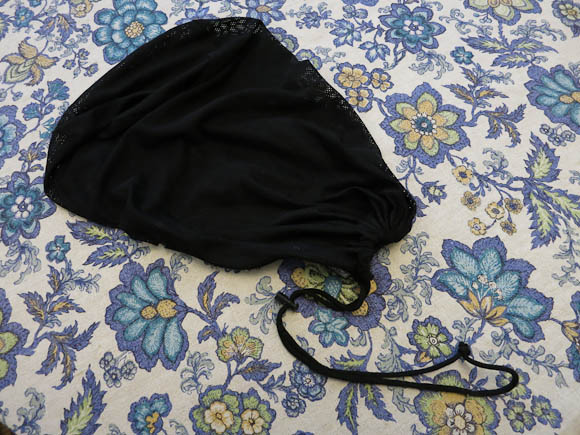 Stuffing your things into plastic bags seemed like a reasonable idea during daylight hours in your house. Now it’s 6am in a hostel, you’ve got an early train to catch, and you’re about to play the game of ‘rustle through the bag in the dark’ (along with its traditional partner ‘extreme wincing’).

Everyone in the dormitory is about to hate you, yourself included.

Packing cubes are a good solution for most clothes – although leave them unzipped, as even just undoing a zip can seem like the wail of the banshee in a dorm full of people sleeping. I’d recommend drawstring mesh bags for stuff like underwear and as your laundry bag, and – guess what? – shoe bags for your shoes. 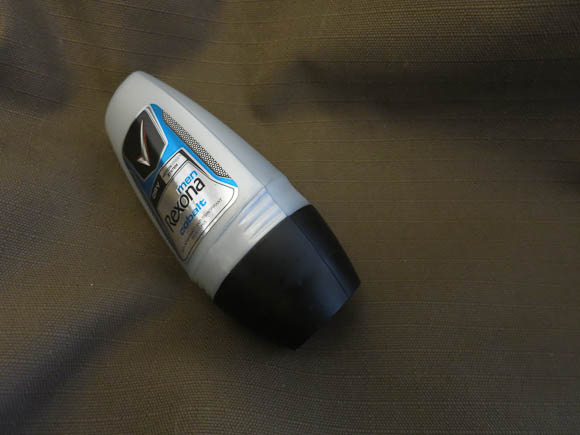 This is another one that falls into the category of ‘how to be less of a jerk’. There’s nothing worse than lying in bed, half awake, as someone stumbles around getting dressed, then hearing the hiss of deodorant, and then knowing the acrid smell is coming any moment… now.

Okay, so actually there are a lot of things worse than that. Pretty much anything that ends in death, for a start. But just for the sake of your fellow dorm dwellers, pack roll-on deodorant instead of room-fumigating aerosol-based spray. 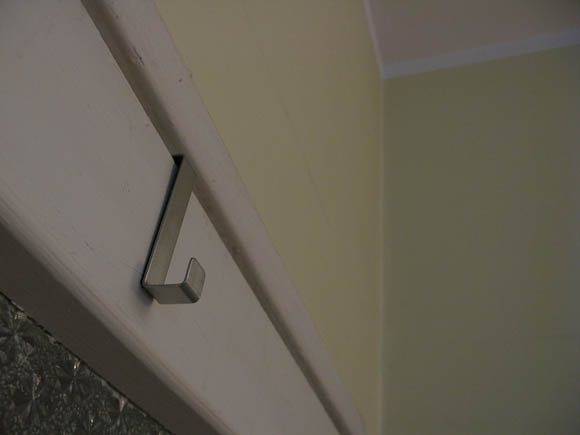 I imagine you were thinking, “If only there were a way to clearly demonstrate to my fellow dorm dwellers just how anally retentive I am”. Well, actually, there is.

We all need to hang stuff up – jackets, wet towels, drunken travel companions – but hostels never have many hooks. So bring your own. The one pictured is from IKEA and is good for hanging stuff over doors. Better for a hostel are the curly ‘S’ hooks they sell in kitchenware departments – if you find ones large enough, they will fit on the tubular frame of a bunk bed.

Have I missed anything? What other items are utterly essential to hostel life, despite most people getting by quite happily without them? Share your thoughts below…

← Watch This: The World at War (1973)
Why I’m Addicted to Writing with Multiple Monitors →