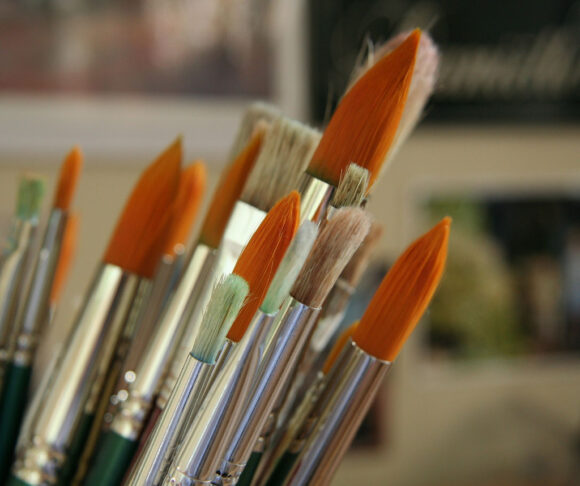 What do you think of when you hear the phrase ‘Artist Date’?

To me, it sounds like it involves two people stroking their chins in a bar whilst discussing, I dunno, Gauguin. But to Julia Cameron, author of seminal book ‘The Artist’s Way’ it means something else:

“The Artist Date is a once-weekly, festive, solo expedition to explore something that interests you.”

In other words it’s about going off somewhere on your own and doing something other than writing. As Julia says:

“The Artist Date need not be overtly ‘artistic’ — think mischief more than mastery.”

I have no idea what mischief could mean in this context. Playing ‘knock and run’? Tricking a dog into thinking you’ve thrown a stick? Going for a drunken joyride in a stolen helicopter?

It turns out she means doing pretty much anything, but in particular having fun. She explains that, in her experience of teaching, “people are reluctant to go play”. Certainly, whenever I’m away from my desk I get that pang of ‘could and should be writing’. I sometimes get that when I’m actually at my desk, too, but that’s another matter.

The idea is that it’s like refilling your inner well. Julia explains that this is important if you’re always fishing from that well. Which sounds pretty reasonable: if you’re a writer and the only thing you ever do is write all the time, you’ll end up being one of those writers that just writes about writing. And when you do move on, it will be to write about writing about writing.

You could argue all creative people not only need this, but in fact need to take it further – get a side job as a bin man or a quantum physicist or something, and see something more of life than just the creative process.

I think that having something like this, with its own special title, is a way of giving yourself permission to go and play without feeling guilty, which is probably why she also refers to it as “assigned play”.

There are other reasons to do it, in my opinion. As much as anything it’s an excuse to get out of the damn house. And if you’re going to spend your money on something, a 2003 study showed that it’s better for your happiness to spend it on experiences than on ‘stuff’.

If you’re working off in a foreign country then you’re in the perfect position to do this kind of thing, because there are so many opportunities. In fact, it would seem harder to do something that isn’t an Artist Date than something that is.

The added value to this is that you’ll get to actually see something of where you are, rather than doing that thing of spending a month working somewhere and realising on your last day that you know next to nothing about where you’ve been all this time.

Is it worth it?

The Artist’s Way has a definite spiritual bent. Indeed, in one of the videos on her website, she describes creativity as “God’s gift to us” and our use of that creativity as being “our gift back to God”. This is the kind of thing that gets my skeptical antennae twitching. But the idea of the Artist Date on its own needn’t be anything other than secular, and I suppose all that really matters is whether you get something out of it.

Personally, I find getting out of your comfort zone and doing something different to be a cathartic experience in general. So on that front, it gets the thumbs up from me.

But it’s clearly not the only replenishment a creative person needs. As someone who spends a large portion of his working week inside and on his own, I have a variety of other needs

I need time out of my office… I need physical activity… I need the company other people… I need time on my own to reflect… I need to be able to go somewhere visually pleasing, where my eyes can stretch themselves, wandering to the horizon unhindered.

I need large quantities of strong tea and a steady supply of motor racing videos.

All that aside, the Artist Date seems like a good idea. I mean, I’m sure it’s possible that you could go to a museum and then think ‘I really regret going to that museum’ but, except for a contrived sequence of unfortunate events, I’d say it’s unlikely. And if it’s a fun or otherwise enjoyable thing to do in whatever way, then why wouldn’t you want to do it?

Anyway, that’s me done for this blog post – I’ve got an Artist Date with a kettle.