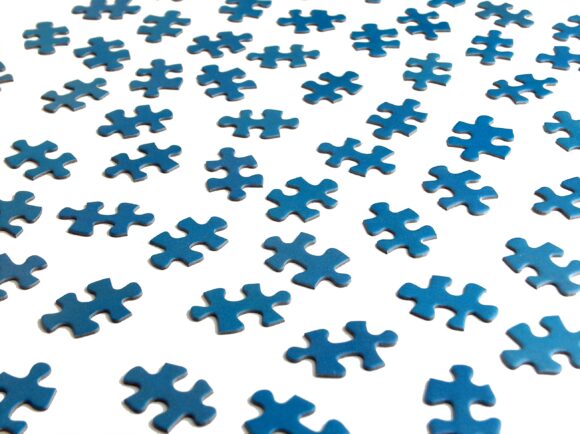 There’s nothing better when you’re in an exciting new country than spending six hours of the day in a darkened room uploading images showing what a great time you’re having.

But social networks don’t have to cruelly drag you away from the place you spent so long thinking about visiting. They can genuinely be a gateway to connecting with other people right where you are.

Here are the best ones for helping you to rise off your numb buttocks and meet other real-life human beings.

The best known of the free hospitality sites, Couchsurfing provides you with an instant ‘in’ with the local community, as well as other travellers.

The primary focus of the site is to connect people offering a spare bed (or couch, or cupboard, or spiky pit) with those that require one. It’s not the only possibility, though. You can meet up with locals on an individual basis, go to one of the regular group meets that many cities have or sign up for one of the one-off events.

All sorts of events go on, from jamming sessions and barbecues to hiking trips and simple nights out on the town. And if you don’t see that creative radish-slicing night that you so desperately crave, you can just go ahead and organise one yourself.

There are around 5.5 million users globally with an average age of 28, according to the company, whilst a system of references, vouches and address verification helps you decide how safe people are.

It’s a relatively small take up in social network terms, but the reach of the network should not be underestimated – there is apparently at least one member in every single country in the world. 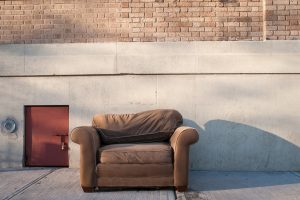 This social network is aimed pretty squarely at ex-pats or those considering making the move. Internations is a freemium site – so you have to pay for certain features. It’s free to join, however, and perfectly usable without paying a bean.

In order to join, you either have to be invited by an existing member or submit yourself to the online application process.

It’s actually pretty darned great just as an information resource, featuring guides on housing, employment, healthcare and so on for countries all over the world, plus lists of local expat blogs. All of this information is accessible without joining.

As a member, you have access to various various forums and events and the like. People can also ‘twinkle’ each other, whatever the hell that is.

It’s all a bit more serious than something like Couchsurfing, and the average age certainly seems older, but its an excellent choice for those looking to expand their professional network or seek out local business opportunities.

Meetup is a network which specialises in bringing people together in groups by hobby or interest. It claims 13 million members in 196 countries in the world and, at the time I checked, there were apparently 1,800 meetups in progress.

There are groups for anything and everything, and it can get quite niche: Birding and Beers, Recreation Tree Climbing and Dating for Singles who Smoke are all real examples of the 124,000 groups. Groups interested in more mainstream pursuits like hiking, reading and photography tend to be better subscribed for obvious reasons.

It’s especially active in the USA. For instance, the NY Tech meetup group based in New York City has over 31,500 members on its own.

The downside is that the network really thins out once you get out of the more cosmopolitan or English-speaking locations. Take an already small community and split it into niche groups and you’re not going to get many members. So if you’re looking for a blindfold horseback meditation group in Tuva, you might be out of luck.

The site is entirely free to join, but organisers have to pay a fee to run their events (between US$12 and US$19 per month), which is usually shared in some way between attendees. 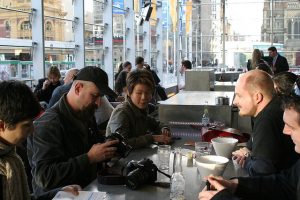 Yes, the daddy of them all is in here. But what has Facebook got to do with travel?

Well, for a start, the world’s biggest social network is by far the best way of staying in touch with people you’ve already met. It’s the dominant force in 127 of the 137 countries tracked worldwide by Alexa and has over a billion users. To think there was a time when people used to ask if you were on Bebo.

But the real gold here is to be found on the various ‘pages’. Do a search on the name of the city you’re staying in plus, say, the name of a hobby or interest (you may need to use the local language) and you’ve got a reasonable chance of a page turning up.

Language practice pages are a particularly prevalent, especially ones in English, but things like writing and film are also common. The point is not the page itself, but the events that are attached to them. Hence the potential for meeting new friends on a network not generally known for it.

Another exciting feature, not quite here yet, is Graph Search. This will allow you to search on to see which friends of friends have recently been to Brazil and such like. It’s currently in very limited beta – but you can sign up for it in advance here.

TravBuddy is aimed at connected travellers both with each other and with locals. You can decide when you plan to go somewhere and find out who else will be going at the same time – a great idea if you don’t want to travel solo.

It has some nice features, too – users can host their travel blogs, photos and reviews on the site, and there’s a vouching system to help with safety concerns.

Take up is still fairly small. When I check Berlin it lists 84 people with concrete plans and dates to visit in the near future, plus 381 locals and 481 blog posts. The site has a nice feel to it, though, and there’s a definite value if you’re looking to travel but don’t want to go it alone.

Joining is free, but if you actually want to contact anybody, there’s a US$9.99 lifetime sign-up fee.

Couchsurfing isn’t the only free-hospitality site, there’s also Hospitality Club, the tiny but growing BeWelcome and the cyclist-specific Warm Showers (assuming you can get over the rather fetishistic-sounding title).

WAYN (Where Are You Now?), meanwhile, is a freemium site that claims upwards of 20 million users: more than any other here bar Facebook. However, it seems to be dating-orientated more than anything (by usage, if not design).

Many countries or regions have their own popular social networks – see this list on Wikipedia – although you may need to speak the local language.

What social networks do you use to meet people when you’re on the road? Have I missed one that you think is worth mentioning? Is social media a good way of meeting people when you’re travelling, or it best kept for long-distance boasting?