When First-Class Travel Is Worth It [VIDEO]

I’ve spent a surprising amount of time in my life trying to get work done on public transport. And on a recent faff-tour of Poland I came to the conclusion that there’s a secret weapon which, if you’re willing to pay for it, makes a big difference.

I know how ridiculously that sounds. It’s a bit like saying “I recently test drove lots of cars, and found that expensive ones are the best.” But stick with it, because my experience is that, if you’re trying to get work done, paying the extra can be worth it, at least in Poland, and possibly elsewhere.

(Oh and see further down for a THRILLING VIDEO about being on first-class Polish trains. It’s rather exciting – you might need to sit down.)

Carriages in Polish intercity trains, as are generally compartmented. If you’re used to the ‘open’ style of train then this will be an exciting novelty. For about twelve seconds.

On a second-class train it works like this. You find your compartment. You go in and locate your seat, but someone’s in it. So you take the only remaining seat. At the next stop someone else comes in and tells you you’re in their seat. Then follows a daisy chain sequence where each passenger in sequence is required to move to their actual seat, at which point it turns out one of the customers doesn’t actually have a ticket. There’s a good chance at this point that they will then attempt to turn one of the rows of four seats into a row of five. 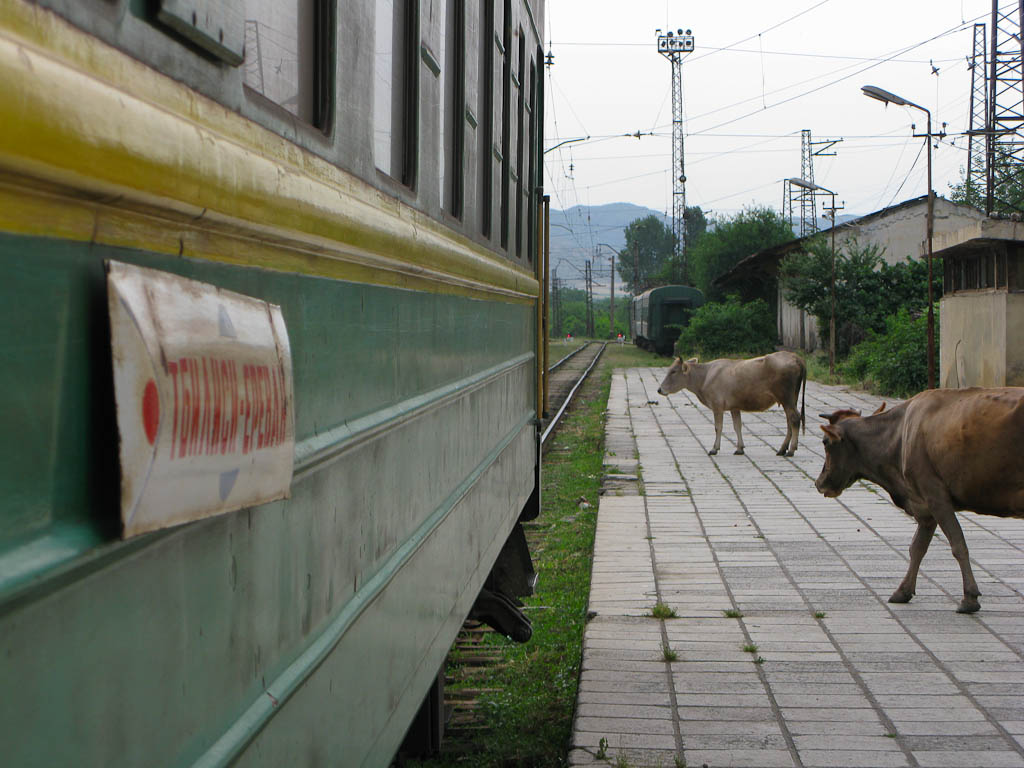 Negotiations take place over the exact extent of everyone’s space, and some socially-peculiar interleaving of legs with the person opposite occurs. People get up and down, suitcases are budged around and you find yourself watching your own to make sure it’s okay.

You were hoping to see something of the countryside outside, but you’re trapped in a middle seat and you’re mostly just getting a view of the people opposite, possibly whilst having some kind of subtle elbow fight with the people either side of you.

In the midst of all this, you try and get some work done. You may well getting something done, rather than nothing, but it will likely take up a lot of willpower, which is a finite resource.

With first class in Poland, you rock up at the train station and buy a ticket (which costs 50% more than second-class). If you ask for a window seat you almost invariably get it. I did so a number of times with just a few minutes’ notice, though this could be different during rush hour.

You stroll on, and find to your annoyance that you don’t have an entire compartment to yourself. You’re going to have to share it with one other person. What bother. I guess you’ll just have to have three seats each (first-class compartments have only six seats instead of eight). 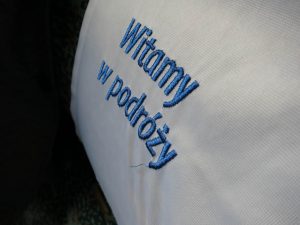 Let’s be clear about this – Polish first class is nothing amazing. You don’t get complimentary cocktails, a revitalising body wrap or a shoulder massage. It’s not a spa day. You just get bigger seats and (possibly) a compartment to yourself. And the ability to feel superior just because you paid more than almost everybody else to get from A to B absolutely no quicker.

There’s still no wifi or electricity sockets, at least on the ones I’ve been on. Also, some of the seats are bizarrely uncomfortable in the head/neck region unless they are in the fully-reclined position, which would make it difficult to work (as well as practically putting you in the lap of the person opposite). Check out my video (further down) to see what I mean by this. And as in first class, there’s no table apart from a tiny one by the window (which serves as my mouse mat on this occasion).

But there’s masses of room, and just so much less stress. And if you’re trying to get work done, it’s brilliant.

For me the maths is simple. Over a journey of about 4 ½ hours – say Wroclaw to Lodz – it costs 26zl more to go first class, which is about a 5GBP (8USD). For that extra pound an hour or so, not only do you get more work done, but you’ll also likely get a window seat so you can stretch your eyes and actually get a sense of the country you’re travelling through.

The journey actually seems to take less time, you work more effectively (I can work the same, and maybe even more, then when I’m in a regular office). Also, when you arrive, you’re likely to still have the energy to do more work, because you won’t feel like you’ve just come out gladiatorial combat with your mode of transport. You won’t have used up all your willpower.

Does this translate to other countries?

I’m perfectly happy working away on second/standard–class trains in the UK, but that’s because I’m usually making short journeys, and they’re not compartmented. But on longer journeys it would probably make a difference. And first class in the UK is a level above that of Poland. With Virgin, for example [UPDATE – Virgin Trains no longer operates as of 2019], they have free wifi and snacks and so on, and you can use the first class lounge before you depart.

But then costs are a lot higher in the UK than in Poland. A comparable journey with that of Wroclaw-Lodz might be Glasgow to London. On a 4h33m journey, first class is 22.50 GBP more expensive (56GBP vs 78.50GBP), which is about 5 GBP an hour for the privilege. Note this is by booking in advance – walk on tickets are a wallet-conflagrating 176GBP and 233GBP respectively.

In Germany, meanwhile, it pays to check first and second class at the same time. A spot price on bahn.de for a next-day ticket from Berlin to Cologne, a journey of 4h22m, gave me the price of 95EUR. But first class was only 99EUR.

In some countries, the second class is just good enough and maybe even preferable. For example, the sleeper train between Bangkok and Chiang Mai – a 14-hour journey – cost 12GBP more for first class (30GBP vs 18GBP). But the second-class seats (which convert into beds for the night) are like armchairs. I don’t see why you would choose to travel first class in this situation.

Also if you travel at a time / place where the train is pretty much empty anyway, then why pay the extra?

So how about the coach?

Coaches are commonly the cheapest form of transport for medium-length journeys in many countries. You’re right, car-jacking is cheaper, but it also has more hidden costs.

However, it’s easy to feel uncomfortable and distracted on a coach. So even if there are on-board electricity sockets and wifi (as with Poland’s Polskibus) it’s hard to get work done. In a typical five-hour journey, I struggle to do more than a solid combined two hours of work.

The seat in front means you probably can’t type properly, ditto the jerking and jolting (especially if I’m deliberately rocking your seat just to make the point), plus there’s all the stress of bagging a seat in the first place, the scrum for luggage and the thrill of waiting to discover whether the person in front is going to recline or not.

First-class coaches, meanwhile, are few and far between. There’s one for instance that runs between Singapore and Malaysia which has only 16 seats on a whole coach – I’m sure you’d get more done than on a regular coach, but they have to exist in the first place for you to take advantage of them. 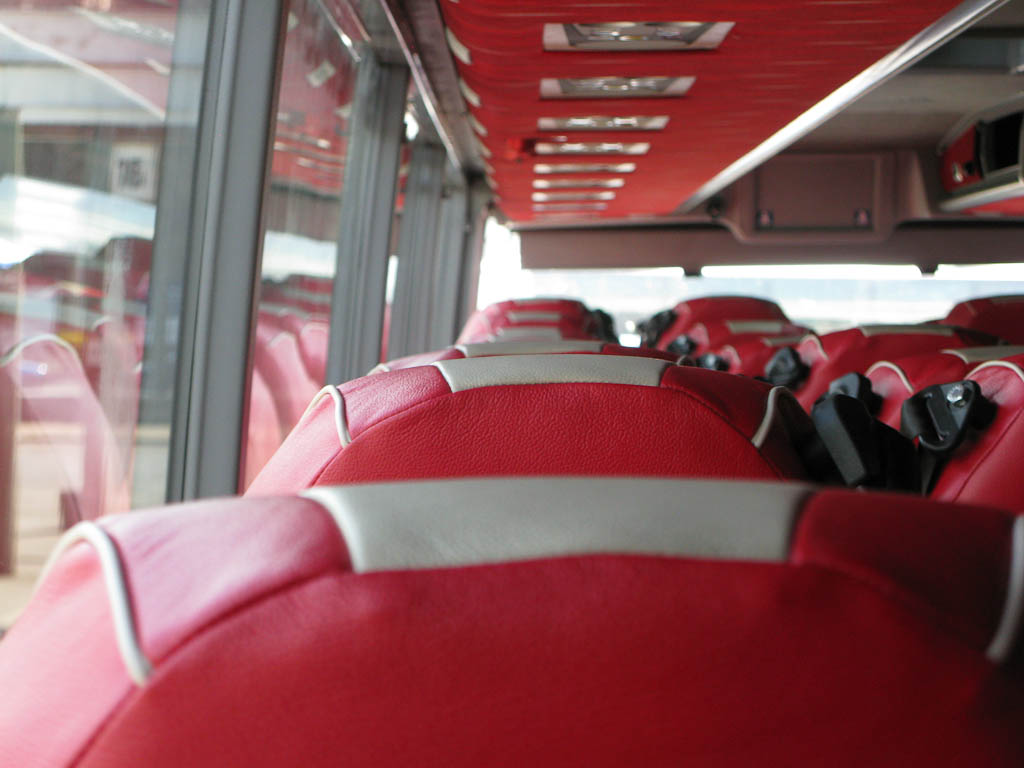 Unless you’ve racked up a ton of air miles, it’s hard to see how business class or higher would make a big enough difference on the plane. A spot price check on the 3h50m flight from London to Istanbul with Turkish Airlines gave a difference of about 75 GBP per hour for the chance to work in business class versus economy (112 GBP vs 414 GBP).

You’d have to be doing some seriously lucrative work to cost justify that (and I don’t think I can get much work done on a plane regardless of the class).

Let’s be clear about this – if you’re backpacking around or otherwise exploring, and not trying to get work done, that extra bit of discomfort probably doesn’t matter. If you’re on a tight budget, it may simply not be an option, and you may not be able to cost-justify the extra work that you get done. And there are always those tiresome travel snobs who will insist you aren’t doing it properly unless you’re hitching a lift on the back of farm machinery, or being dragged along Indiana Jones-like under a truck.

But if the aim is to get work done easily and simply, without it using up your entire reserve of willpower, or being unnecessarily stressful, then I’d say first class – at least on the train – is the way to go.

What do you think? Am I talking out my arse? Do you ever travel first or business class? How do you go about justifying the unnecessary expenditure? Do you blog about it like I do?