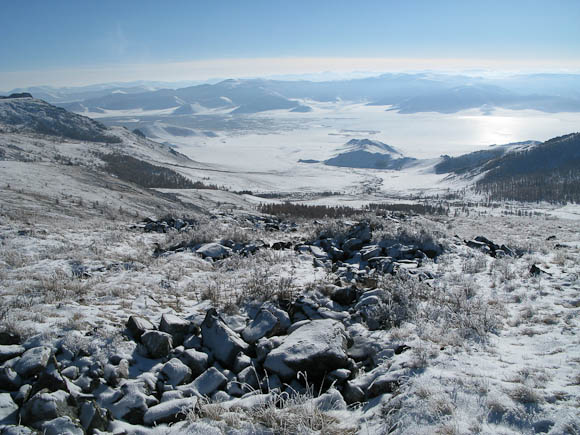 Why You Should Go Somewhere Cold This Winter

A couple of years ago I made a mistake. I decided to go to Poland for the winter. But that wasn’t the mistake – the mistake was losing my nerve and leaving.

I’d decided to go to check out Poland as a place to live for a while, following a tip-off from my brother-in-law. Winter was coming (and in my head, ‘Poland’ equated to ‘cold’) but I felt in a rut and needed out of the UK. I ended up in the city of Wroclaw, hanging out in a hostel whilst I sorted myself out.

What happened next should have been predictable. It went cold. I could feel it getting colder by the day.

Crap! I knew that in theory it was going to get cold, but I didn’t expect it to ACTUALLY HAPPEN. I did an almost instant about turn and booked flights back to Seville, southern Spain, where I’d spent spring and early summer of the same year.

Why warm places can suck in the winter

My time in Seville in spring was exquisite. I was living in an atmospheric flat right in the non-touristy part of the historic centre. I’d get up and do some writing. Then, about an hour later, my flatmates – an Italian geographer and an Irish English-teacher – would get up and we’d go for a decadent second breakfast. Sat out on the streets with pan tumaca and café con leche.

In the summer the city is unbearable. It’s not for nothing that the nearby town of Écija is known as ‘La sartén de Andalucía’ (The frying pan of Andalucía). This is because they cover the whole town in oil and fry garlic in it. No, okay, it’s because the temperature can easily get into the mid-40s Celsius (~110F).

But in the spring, Seville is a wonderful place to be. The temperature is perfect, and it’s also the time when the Feria de Sevilla and Semana Santa happen. 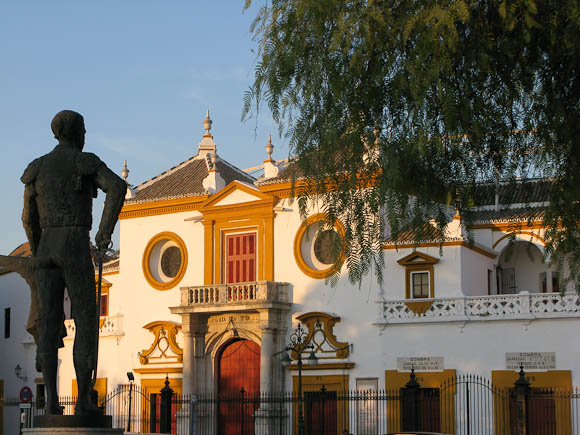 So I got to Seville and everything was great then, right?

It wasn’t cold. It was nowhere near snowing, for instance. But here comes the big problem – it was cool. Perpetually cool. Everywhere. All the time. Even back in my flat. Why? Because…

MANY BUILDINGS HAVE NO HEATING.

The only heating that seems to be common is something called a brasero. This is a special death trap of a heater that nestles under a table with a heavy cloth hanging down over the top just to increase the sense of danger. This was augmented further by my living in the ground floor of a 1960s/70s block of flats, with the windows heavily barred for security. 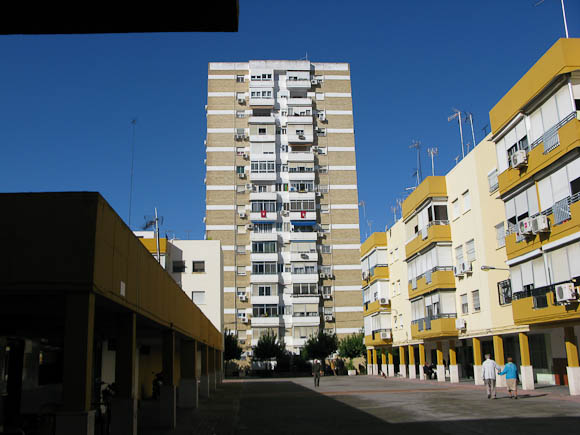 They used to be even worse as they were coal-fired, giving you the excitement of wondering whether you would die in the excitement of a fire, or calmly in your sleep of carbon monoxide poisoning (the cloth restricted the available oxygen).

The idea behind the brasero is that you all hang out round the communal table and stick your legs under the blanket for warmth. So there I was. Layered up, including wearing my jacket, with hot legs, trying to work on my book, whilst my two flatmates from Cadiz filled the place with a fug of smoke and swear words, and wrestled with the handsets that controlled the basketball game on the screen in front of us.

How had I managed this? I’d left ‘cold’ Poland behind, and I ended up in ‘warm’ southern Spain. And somehow this meant having to wear my jacket almost all of the time, even when I was inside and spending the mornings hopping about on chilly tiles, looking for my slippers.

There were other, unseen consequences.

It made drying clothes a nightmare. There were very few laundrettes, and those that existed were too expensive to use habitually. There was a communal azotea (rootop terrace) atop the flats, and I could go up there to hang my clothes. But if it was raining then that was no good, and the slightest drops seen out the library window meant my charging back home to take the washing in. 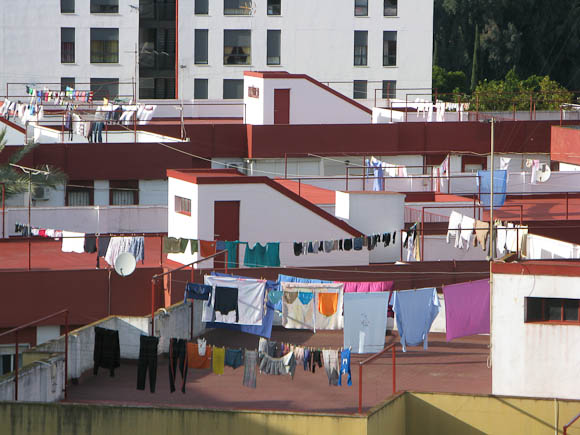 The method for drying clothes in the flat became hanging them on a clothes horse and then pointing a rotating fan at them. Clothes frequently had to be rewashed through not drying quickly enough and becoming smelly. I think the day I took a woolly jumper with me the local library so I could dry it over the back of a chair was a particularly low point.

The streets were different, too. In the spring, they had been alive with people, all hanging out at standing tables, eating tapas, drinking cerveza from small tumblers and chewing the fat. But it felt like the place had closed down for the winter – the atmosphere was completely different.

Even the palm tree in the courtyard had a forlorn sense of “What the fuck’s going on?” about it.

Okay, so not being in the centre changed things. I’ve realised you should always try and live near the action, but that’s a lesson for another blog post.

And it wasn’t completely miserable – Seville is a beautiful city, and I knew some cool people there I could hang out with. Even the blocks of flats are nicer than the ones back in the UK, adorned as they were with azulejos (Moorish-style tiles), and with the shop space around the base of them a little hive of functioning bars and shops. 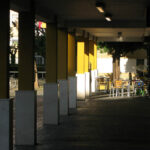 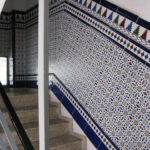 I should have known better, though.

I’d been in Morocco in January of the same year and spent the whole damn time wearing a hefty locally-bought woollen top in the port town of Essaouira. Andin the hill town of Chefchaouen the entire population, locals and foreigners alike, were wearing the long, robe-like djellabas. It was okay in the sun during the day, amongst the dreamy, blue-washed buildings, but when the sun went down it was the same deal – chilly, and with no heating to be found.

It’s not just along the Mediterranean where I’ve found this to be the case. I went out to visit a good friend in Osaka, Japan, and they had the same deal there – the houses are made for the unbearable heat of summer, and in the winter you just have to do your best.

Would it be wrong for me to admit that I relished going to the toilet because the seat was heated (and this despite how disconcerting it is to sit on something that is situated in a bathroom and has a wire coming out of it)?

Again clothes drying was an issue – my friend had a little fan heater there, and we’d spread the nearly-dry clothes out on the (clean, parquet) floor and aim it at them.

Why cold places can be good

I headed back to the UK for Christmas, and decided to go for a different plan in the new year. I’d learnt my lesson. Instead of heading back to Seville, I went to Poland once more, this time for the coldest part of winter, which generally comes in January and February.

AND IT WAS HEAVEN.

It was cold (-6 Celsius (21F) on arrival, and it got plenty worse). It was also snowing most days. But here’s the thing: the city – the whole country in fact – is made for it.

Pretty much EVERYWHERE is well-heated. You head out into the crisp air which, if you’re only outside for ten minutes at a time ,feels refreshing, and then you’re back in some other toasty, central-heated building. Like the hostel where I was staying – Mlezcarnia – which amplified the cosiness factor with its home-spun wooden decor. 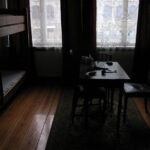 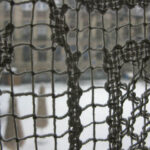 And cosy is the word. The city of Wroclaw is chock-full of bosom-like cafes and cellar bars. In fact on a Friday night a newcomer could easily get the impression that the city is slumbering, when in actual fact the party is raging – it’s just hidden away in subterranean places.

On top of this, the cold and snow was kind of exciting, in the way that extreme weather is. In the way that sitting under a tin roof in monsoon season is.

I soon found a room in an apartment and the heating was so good that, even when it was -20 Celsius outside (-4F), it was often way too hot (there was a central thermostat that we had no access to). And though plenty of snow fell, the city was geared up to deal with it and (in the centre at least) it barely had a chance to settle before it gets shifted.

I stayed the whole winter, and watched as the spring arrived, the snow plummeted from the high roofs and flowers began to spring up.

It wasn’t my first experience of spending winter somewhere cold.

I went on the Trans-Siberian Railway a few years ago, and spent most of the journey in the snug of the compartment watching as we chuntered past snow-caked platforms and frozen lakes with the occasional disk cut out for fishing. Russians boarded in full furs, but soon stripped down to light clothing and train slippers like the rest of us.

Even in Mongolia, where I was really badly prepared, and where it fell below -30C (-22F) at night, the gers (nomadic tents, also known as yurts) were the cosiest things on the planet, or at least they were when there was a lick of yellow flame in the stove.

In fact it could go too far – in one ger, travelling companions and I got a bit over-zealous with the wood to the point that we all ended up sitting round in shorts with the door open. Any bird flying over the top of the stovepipe would have been thumped into orbit by the thermals. 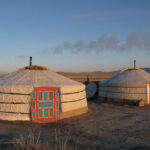 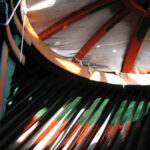 Okay, so let’s get this right.

You still need the right clothing. Winter in places like Wroclaw can get pretty severe, despite being one of the mildest places in Poland. And if you have to wait for a tram or go somewhere other than the immediate vicinity, then you’ll quickly turn into a popsicle. People here have fur-lined boots, well-insulated jackets, hats, gloves and the rest. But then they don’t need to wear them inside, which was really my point.

And the novelty is another big part of it. I’ve been in Poland on and off for a while now, and my third winter there is rapidly approaching. And I’ve no doubt that people from e.g. Canada, or other such countries, wouldn’t find it a novelty either. It’s getting cold and dark and I’m started to wonder why the heck I’m here. Although the magic of the snow will probably change that (as long as I couple that magic with the science of well-insulated footwear and other clothing).

Am I saying you should go to the Antarctic for winter instead of Cape Verde (average temperature in January = 23 Celsius (73F)).

I’m saying that if you want to go somewhere warm, go somewhat ACTUALLY warm at the time you are going, not somewhere that is warm in summer, and is thought of as warm, in the hope that some the memory of the heat will be good enough.

Also, yes, you could bugger off somewhere roasting if you want. But then why not do something different for a change? Have you experienced a cold winter somewhere? No? So perhaps one day it’s worth trying. Even if only to say “I spent the winter in Poland once (and it was fine).” 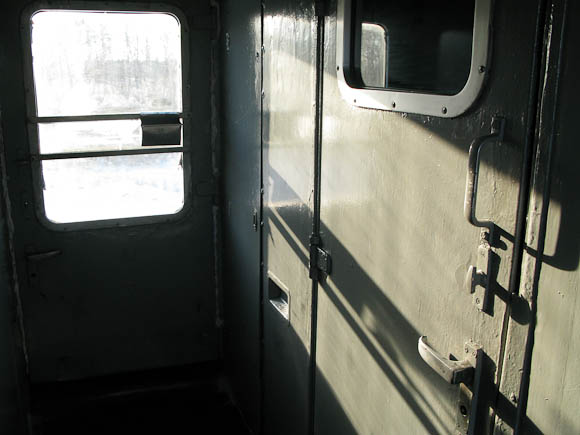 So here are those benefits of going to a cold place for winter:

Whilst on the down side

Have you ever gone to a cold country for winter? Or to one that’s supposedly warm but it turns out isn’t really? Or are you one of the clever ones who actually googles for climate charts before going to places? Share your experiences with us for our joint amusement…