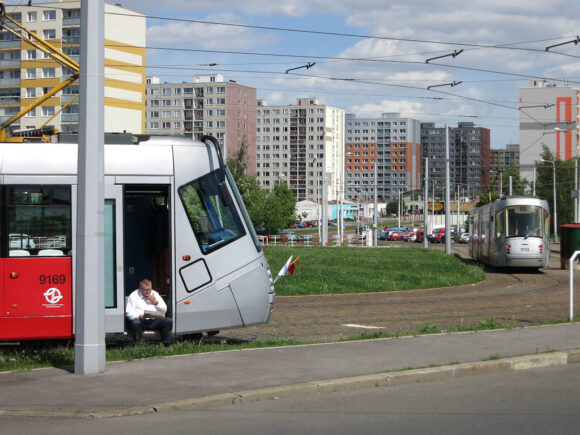 The End of the Line in Prague

But the thing is that when I first started visiting places, I was quite happy to go and see the things you’re meant to see in a place, to tick the boxes. But the more places I’ve been to, the less I feel this. So instead of spending the day in Prague castle, or one of the museums, I decided to go to the end of the line on random transport routes to see… well, just to see.

After all, I feel like my relationship with urban transport invariably involves me getting on a tram or bus with the name of some destination on the front without ever actually going to that destination.

So that’s the plan on this sunny day in Prague.

Here’s a reminder of what the nice bit in the middle looks like. The bit I’m going to avoid for some reason. 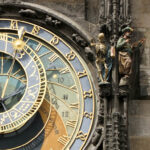 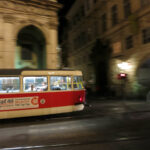 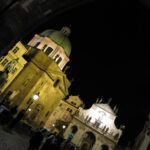 I get on the first tram which comes, proudly displaying #1 Spojovací, wherever the heck that is – I have no idea. Up we go, over the river, over some railway tracks, past a graffitied shell of a tram station, and through green hillsides.

There’s a strange moment for a second as a woman nearby turns to me and smiles like she knows me.

“Do you speak English?” she says.

I’m confused for a moment. How did she know I was English? No, wait, she doesn’t – she thinks I’m Czech.

It turns out that she and her husband are themselves English and are trying to find some museum or other. Unfortunately, given that I don’t know where I am and don’t know where I’m going, they’ve asked the single worst person on the tram. 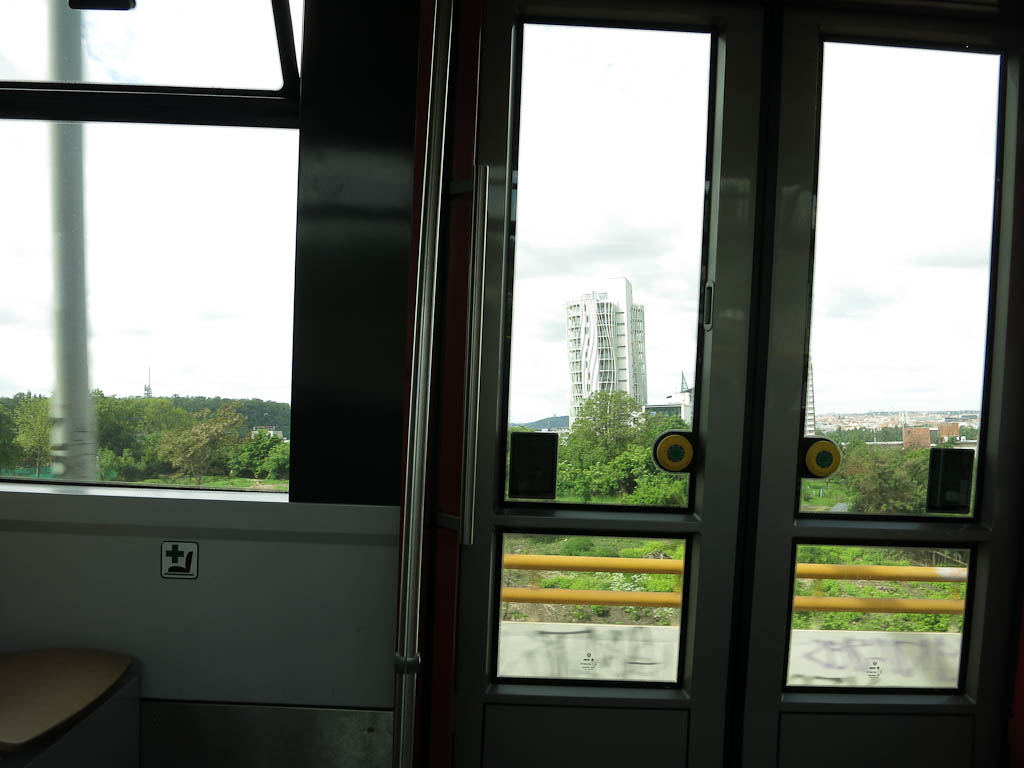 We break back into an urban area, and a tram station called Ohrada, and they get off. We’re on a broad avenue with tram tracks down the centre. It’s ‘a neighbourhood’, whatever one of those is. It’s pleasant enough, and nothing like the Prague I’ve seen so far, which has been almost exclusively historic architecture and tourists, but it’s nothing exciting.

We go a few stops further and then an automated voice pipes up “Final stop. Please exit the train.”

So this is it – the first end of the line. Even the driver gets off, so he can change the points ahead with a special pole. 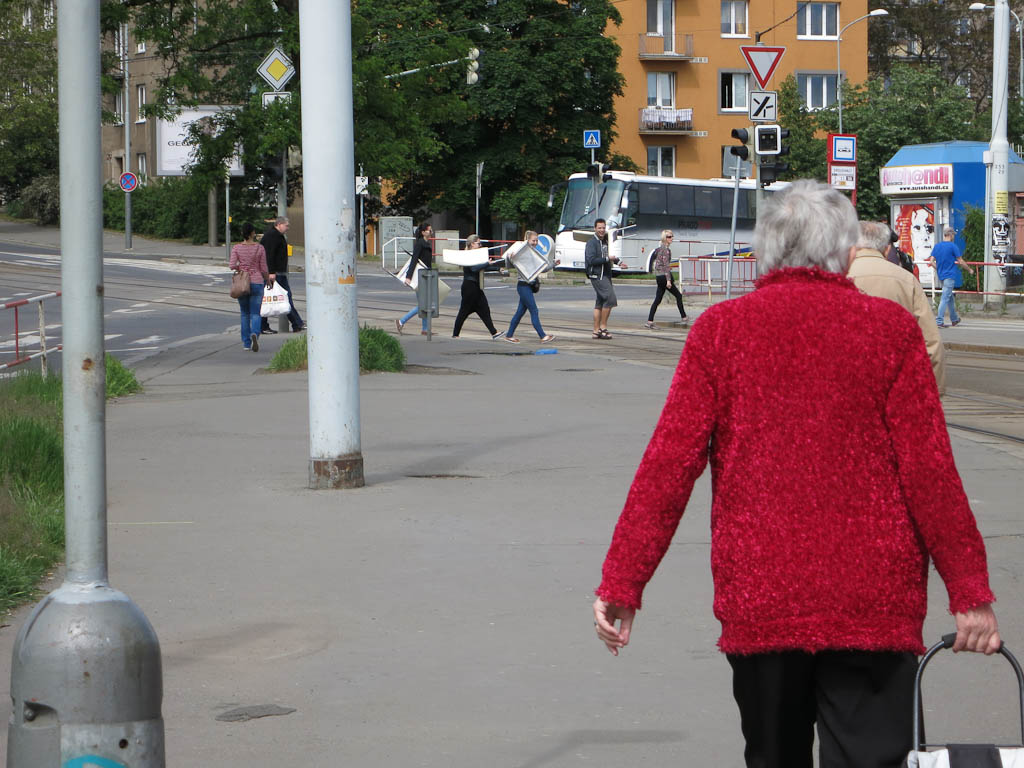 There’s not much here at Spojovací, just a loop of track that enable the trams to circle about and come back the other way. It’s an area of traffic junctions and wide roads, and the openness of the area makes it feel strangely barren and gives it a sense of social isolation.

I wonder why they put a terminus here, of all places. You would think that a terminus would be one of the more important places. With no offence to the good people of Spojovací, it feels like a place you would pass through, rather than stop.

Perhaps that’s why the line stopped here. Perhaps the tram line builders got here and were afflicted by such a strong sense of futility at the place’s utter forgettable-ness that they turned the line back on itself. Then sat down and wept. 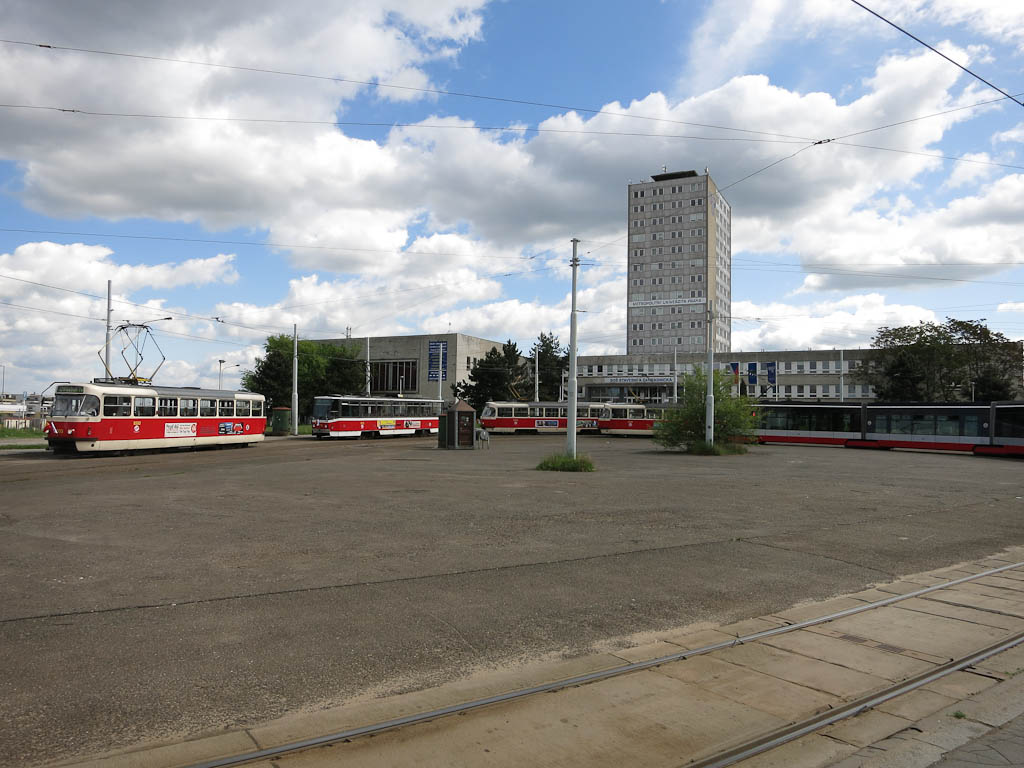 I’m not sure what to do next, but another tram has pulled in on the other side – a number 29 – so I nip across the loop, and board the single car. The doors flap shut and we trundle away again, back the way we’ve just come.

It’s a Saturday, so the passengers are a real mix. There’s a young bloke in a training vest and headphones. A middle-aged woman with cropped red hair matched up to a loud yellow jacket. And a hunched old woman in comfortable shoes and an awkward cardigan. 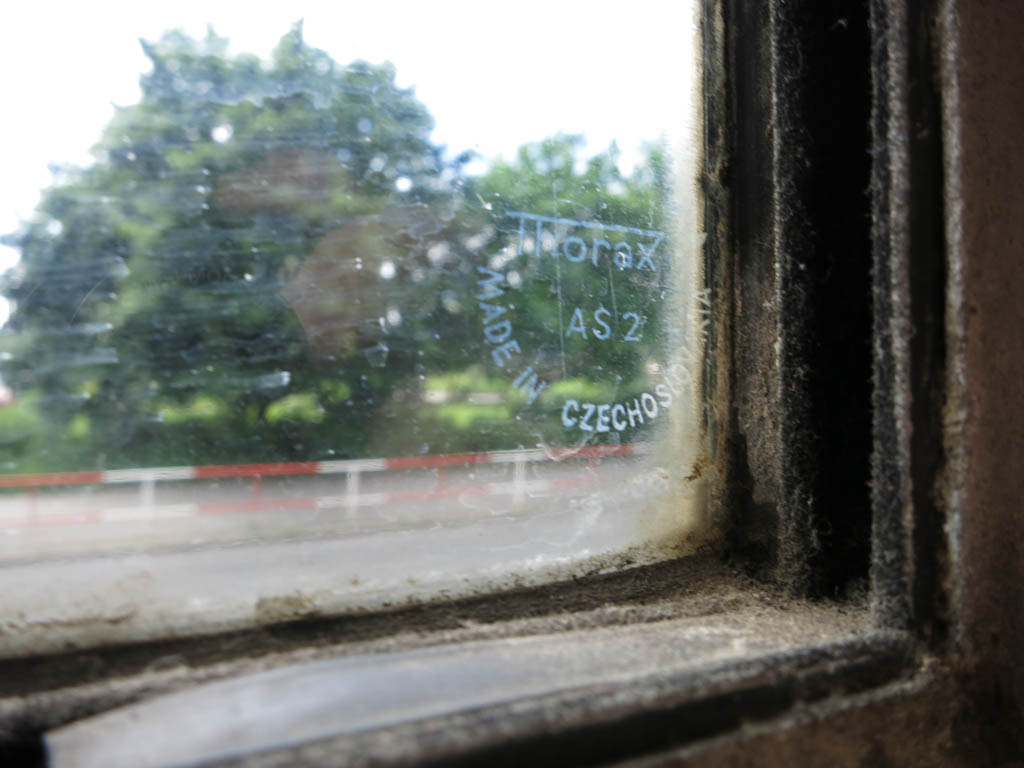 I glance at the map and get a brief feel for where we are, in the East of the city. Some part of me wishes I hadn’t looked at the map. I quite liked not knowing where we were. We continue, past a container terminal, office buildings, a mixture of 60s-style tenement buildings and older, more traditional architecture, cobbled streets spurring up away from the main street.

By now the tram has filled up, but then it soon empties again when we arrive at a train station, like it’s breathing.

It’s only now I’m on a tram, and not really concerned where I’m going, that I feel I’m able to notice more about what’s going on: the tight turns of the tram, the electrical hum as we surge onwards, interrupted by the occasional squeal as we make a tight turn, turning knuckles white, everyone compensating for the shift in momentum. I smell fresh air, then vagrancy, then perfume, all within maybe five seconds.

But then that’s broken as I suddenly realise where I am – back near the coach station where I first arrived in Prague. I feel a bit irked by this and spontaneously alight.

This, I decide, is the problem with combining ‘going to the end of the line’ with ‘not looking at maps’. It reminds me of a backpacker I met in Argentina who made a point of taking the first ride he got on, no matter where it was going. He kept ending up back at the same town. It was probably funny the first sixteen times.

I alight into a pleasant breeze and head back up the street to the nearby metro station of Florenc. 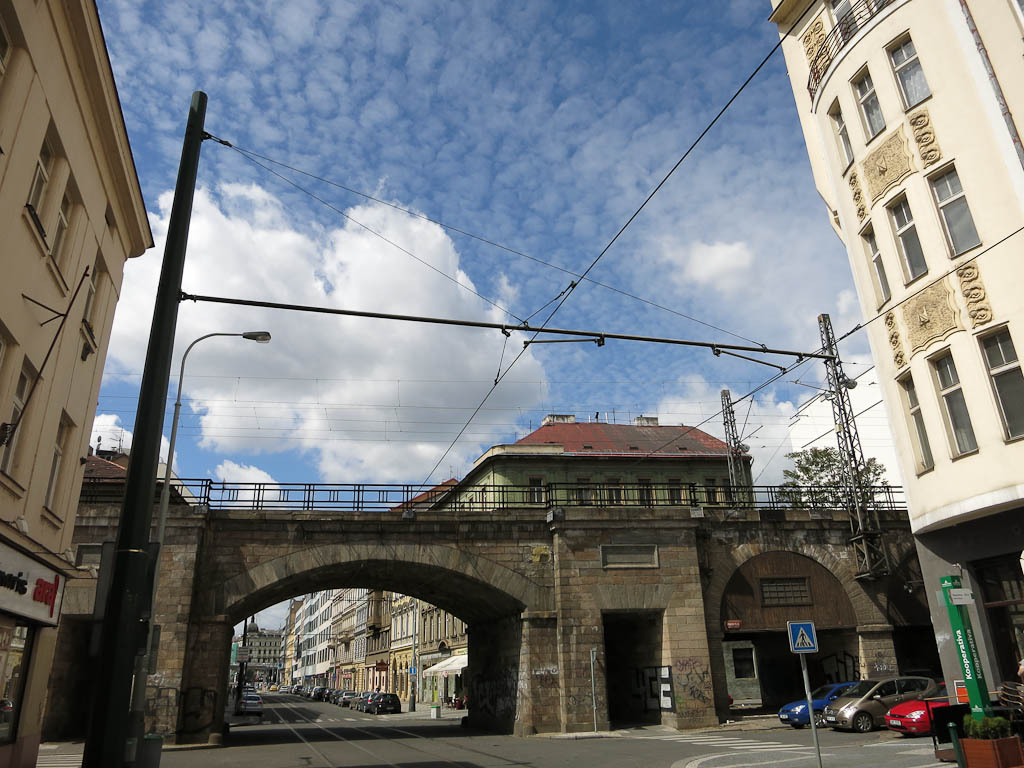 I’ve used underground railways a lot in my life, but I don’t think I’ve paid much attention to them before. So today I decide I’m really going to notice for a change.

I’m expecting to hear the chattering of wheels on rails, but it’s not like that at all. The primary aural experience is of shrieking, hurtling and rushing. It’s like we’ve been fired at high speed down a gun barrel, despite the fact we’re probably not going over 40mph.

Metros have a strange smell, too. This one smells of vinyl, damp lint and electricity, a bit like a laundrette. 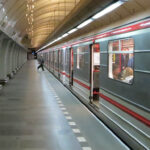 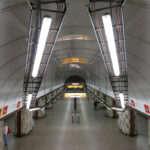 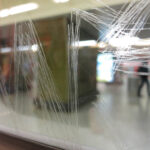 The feel of the metro is noticeably very different to the tram. It’s a disconnected other-world bathed in fluorescent light, and is also altogether more utilitarian. No-one is sitting there, whiling their time away, thinking ‘It’s a nice day’. Mind you, the only sign that it is a nice day is the air-con goose bumps of bare legs. People are buried in magazines and devices in a way they never were on the tram.

There’s little indication of the changing city above us – all we have is the dusty bundling of electrical wires along the sides of the tunnel, illuminated by the carriage itself, and the names on signs that flash momentarily to a halt. In fact the journey quickly becomes boring and repetitive, and I start to lose my sense of interest in the journey. Will the next station have platforms down the sides or a single one down the middle? The excitement!

Then, at a station called Hůrka, we break through into daylight, and the world seems like a sane and reasonable place once more. At Lužiny I leave the station to see what’s going on. 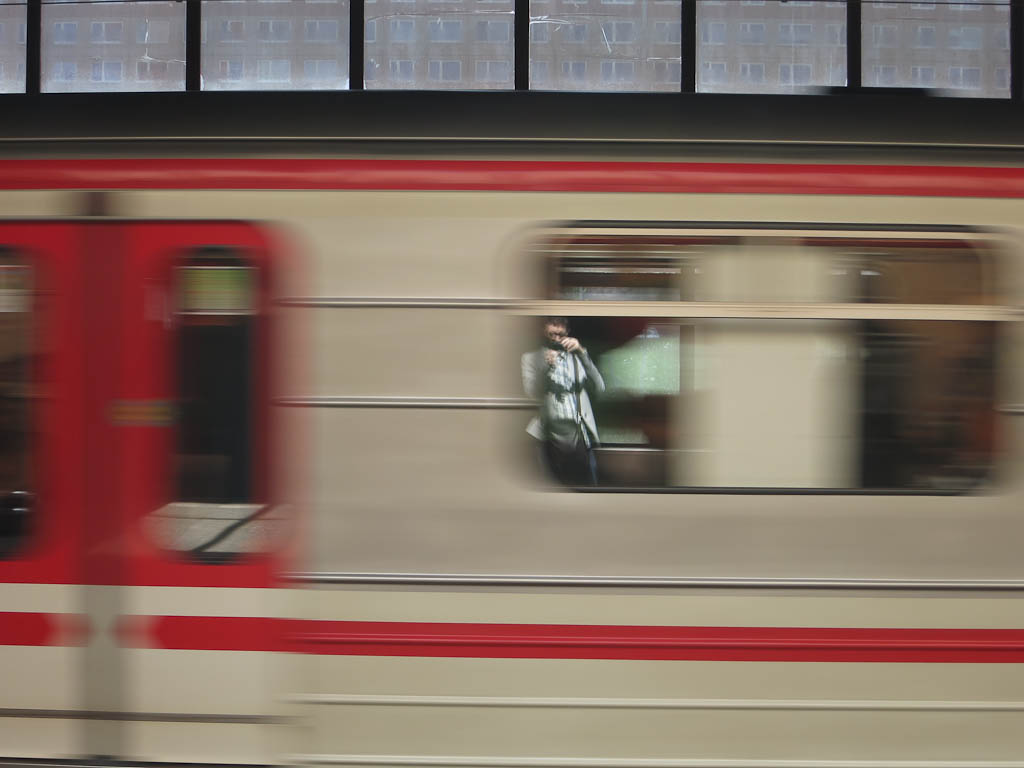 It turns out we’re up on higher ground here, and the place is a mixture of brightly coloured apartment blocks and peaceful greenery. Birds tweet (the noise, not the social media thing) whilst folk sit on benches holding prams and smoking cigarettes. It’s how UK town planners probably envisaged new towns looking. Well, perhaps minus the cigarettes. You never see those in mock-ups, do you? 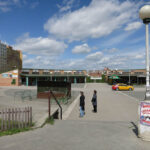 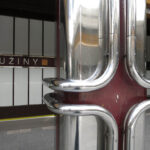 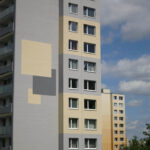 I jump back on the metro, and the end of the line comes at Zličín, a combined bus and metro terminal with burger stalls and an adjacent out-of-town mall. It’s a scruffy, nothing kind of place which seems to exist as a transport interchange, and to serve the malls.

I’m not sure what I’m learning. 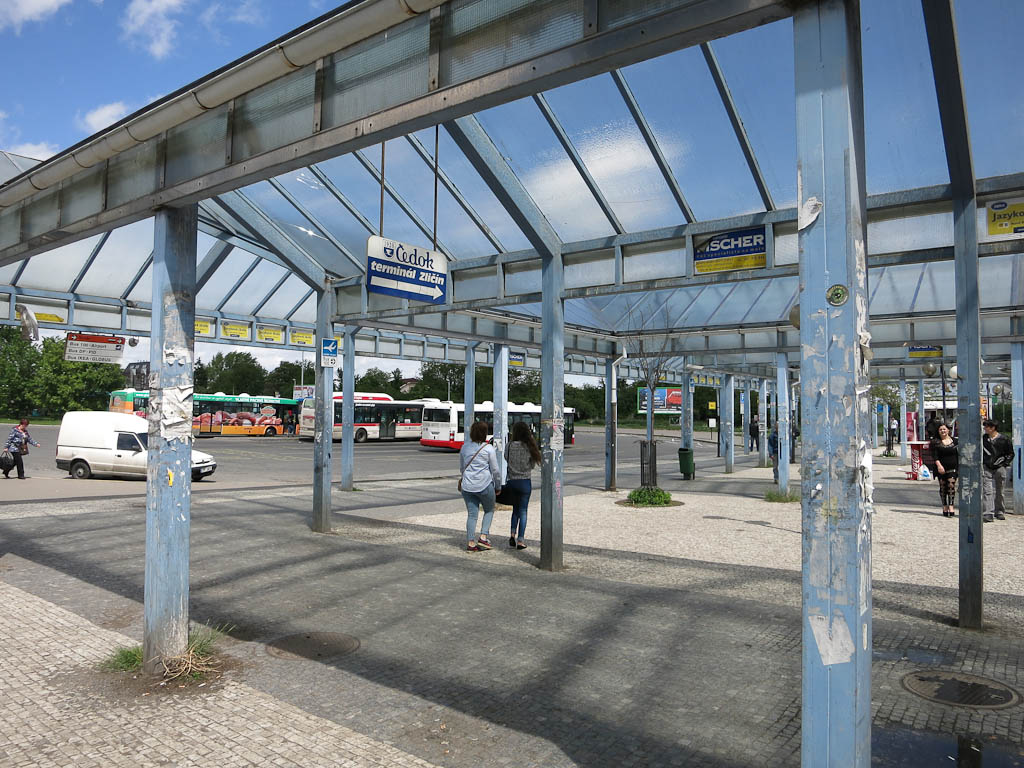 I sit on the hot vinyl seat on a bus 180 which is my escape from this strange hinterland. I’ve decided to check a map this time, but it doesn’t do me much good – despite being sure I was at the end of the line, I still manage to go the wrong way.

We arrive at a retail park and the doors open. Then they close again. Then they open again and the driver says something which I take to mean “Get off the bus”. And that’s when I realise I’ve ended up at IKEA. 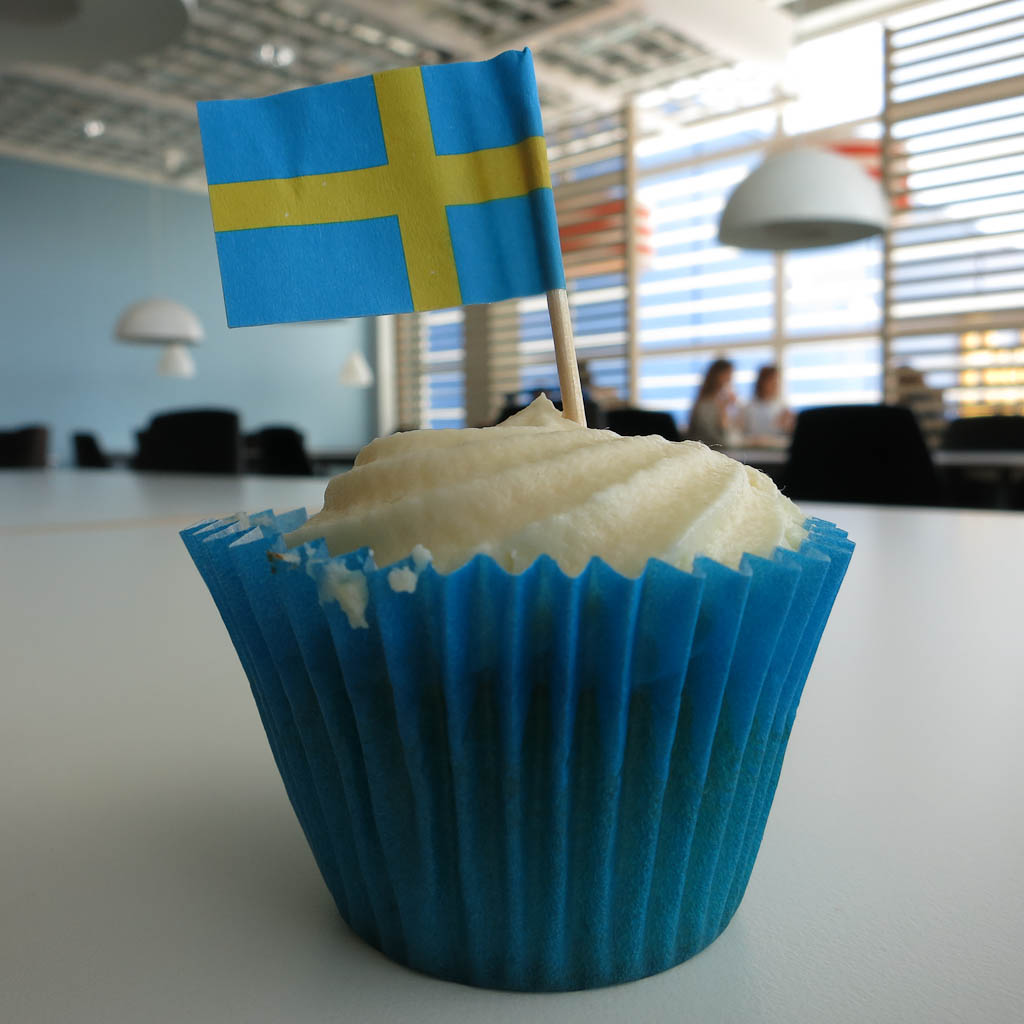 I hate being stuck at shopping centres – you may as well be shipwrecked on a desert island. Albeit a desert island with reasonable-priced furniture and good-value Scandinavian cuisine. Still, whilst other foreigners are exploring round a castle or following a guide with an umbrella round the historic centre, I’m sat having lunch in a furniture store. Suckers!

Whilst I’m there, I try to buy some LILLÅNGEN hooks, which are really useful, but when I get to the checkout the queues are too long. It’s the most disappointing point of the whole experience. 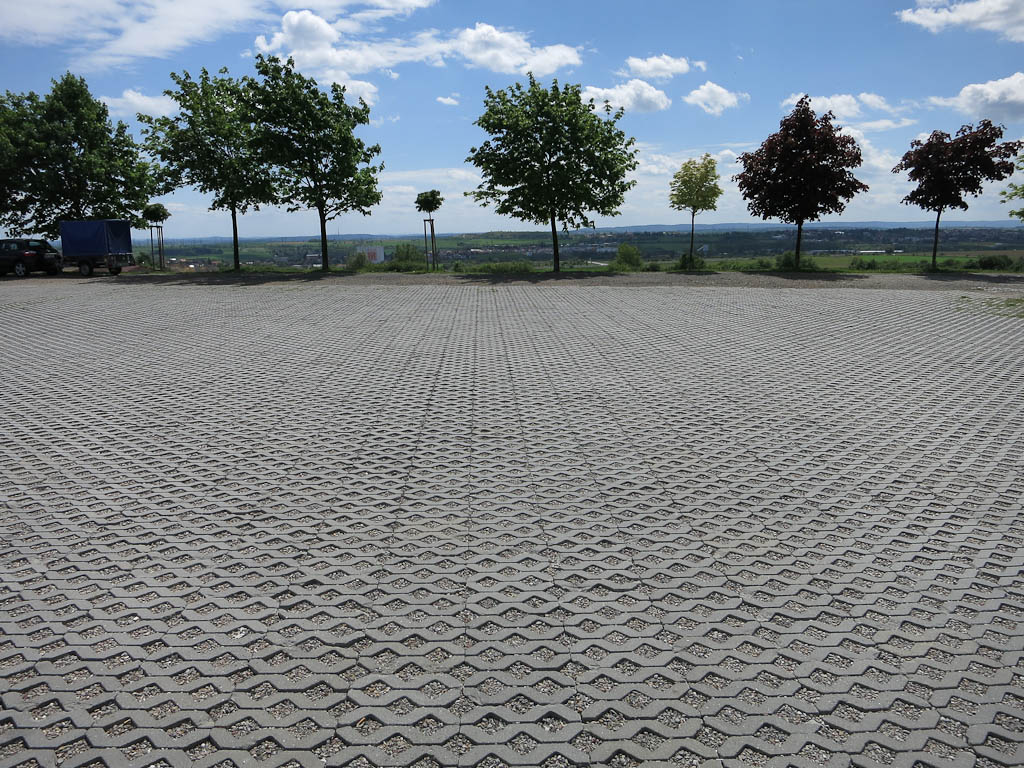 And suddenly it seems like a good idea, as it all takes a turn for the rural.

We arrive at another loop of track, and the end of another tram line, at Sídliště Řepy. I hang out in the sweet breeze, in the company of more apartment blocks, before taking another tram down the hill back towards the city centre.

It’s a very peaceful journey – there’s just the gentle electrical whine and the sound of cars swishing by through the open windows. Then finally we’re back in the classic architecture of the city centre once more.

I make a final break from the tram to visit a cool-looking cemetery I see by the side of the road. It’s closed. Booo.

And that’s that. I’ve spent a number of hours on this venture and I feel like it’s enough, so I saunter about the city centre by foot instead. 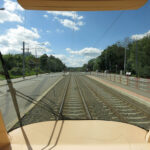 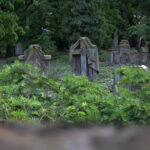 Was it worth it?

Yeah, I think so.

It did remind me of the fact that we see a city centre and we call that ‘Prague’, but actually there’s more to the reality of a city than just the special bits.

I do feel I’ve got a better feel of what the bigger city looks like, and it also helped to give me more of a sense of the lay of the land. And whilst the places I ended up weren’t exactly inspiring, I did only made it to the end of three lines.

As an exercise in paying attention to what’s going on, it was pretty good too. There’s something really rather pleasant about being on a tram and not knowing or caring where it’s going that allows you to focus on being in the present. And that’s quite nice.

Besides, how many people who’ve visited Prague can boast that they spent time in the IKEA?