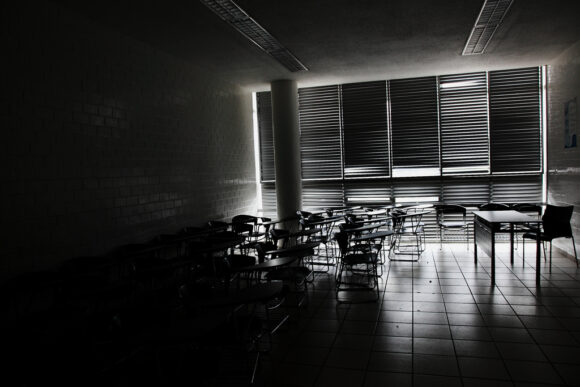 Blood, Sweat and English Teachers – Just How Hard is the 4-Week CELTA Course?

From the back I may have looked composed and professional, but had I been facing a mirror rather than a whiteboard, the truth would have been apparent.

What on earth was the passive voice used for? My mind had gone totally blank with the pressure and the whole lesson was evaporating as I stood there.

In similar circumstances, a trainee in a previous year had sat down and got out their lunch, leaving the pupils wondering if it was part of the lesson. Talk about unprepared – I didn’t even have a packed lunch.

One of eighteen trainees of varying ages on an intensive four-week Cambridge CELTA course in Leeds, England, I was paying for my lack of work the previous evening. I’d only done four hours preparation and had sloped off to bed at midnight (slacker). We were pre-warned that the course would leave no room to work part-time or socialise, most of us had mentally appended the word ‘much’. They were exaggerating, right?

The average day started in that most terrifying of environments for the untrained – the classroom. For this we were split into smaller peer groups, with half of us teaching on any given day. Those not teaching sat at the back observing or, if they were up next, wondering if anyone would notice if they shrieked and ran out the room.

Later, after the fears of those teaching had proved to be unfounded (or entirely justified), we came together as a group to get feedback from the assessor and exchange it with our peers. This could be a strangely deflating experience after the adrenaline of the classroom: Your concept-checking is okay but you’re not eliciting enough. Don’t ask if they understand, they’ll just say ‘yes’ even if they don’t. And try not to weep so openly. 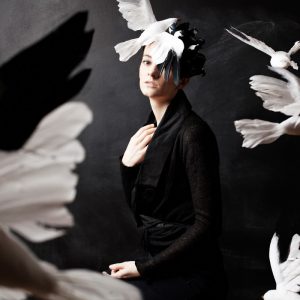 Assessors released birds into this teacher’s class just to see how she would react (photo: Flickr user Sara Lando / rent-a-moose)

Afternoons brought with them a role-reversal as we became the students, learning the theory and practice of TEFL plus key tenets of the English language. We were expected to incorporate these newly learnt classroom skills into our next lessons, like a juggler being thrown another couple of balls, and maybe a chainsaw.

Teaching English doesn’t require you to speak a single word of the students’ language. This is just as well if, like ours, your students originate from places as diverse as Mexico, South Korea and Turkey.

You’re encouraged to ban all talk in any other languages and make the classroom an English enclave. “Just imagine you’re in Torremolinos,” you might tell your class.
The meaning of new words can be conveyed by charades, pictures and, at higher levels, using words with which the students are already familiar – useful if you want to avoid play-acting ‘genetic engineering’.

Come early evening the course was over for the day, but the working day continued. It was taking me upwards of four hours to prepare an assessed lesson; researching the subject matter, creating materials and handouts, and drawing up the obligatory to-the-minute lesson plan. Plus, with it being a good idea to understand a language point myself if I intended to teach it, solid research was also required.

The preparation was thorough, and far more prescriptive and time-consuming than would be required once out in the real world. Even our intended use of blackboard space had to be pre-planned, though thankfully they drew the line at pre-determined feet positions.

Meanwhile, in our spare time (ha!), four written assignments had to be produced.

Such a schedule can put a strain on relationships. During the four weeks, my housemate and I argued over everything from the predictable (unwashed dishes) to the somewhat less expected (the squeaking of my swivel chair at 2am).

“Will you STOP pulling your hair out – the noise is keeping me awake.”

The hours soon took their toll, and it became the norm to have eyes sagging off the face at night and a caffeinated stare in the morning. I could have gone to sleep early, of course. Then I’d have felt bright and fresh as I humiliated myself in front of my assessor, peers and students.

We were all aware of the more obvious benefits of the course: The ability to teach English to non-English speakers is useful the world over. It can help fund trips abroad and makes for a much more immersed travel experience than simply pointing at stuff and cooing.

But for me the course threw up unexpected bonuses. It galvanised my confidence, introduced me to new friends and gave me the deep feeling of reward that comes with facing up to a challenge.

Hearing a colleague say they were thinking about quitting was a daily occurrence, but so was the inevitable chorus of reassurance that followed. We were all going through the same thing and it created a deep sense of solidarity.

But as I stood facing the whiteboard gripped by silence, it wasn’t the warm glow of comradeship that I felt but the cruel heat of pressure.

“Okay!” I said, cheerily turning to face the class, “This is what I want you to do.”

My tutor looked quizzically down at the lesson plan as I lopped off an exercise, handed out homework as an activity and generally squeezed my way out from the tight spot.

I studied for the University of Cambridge’s internationally recognised CELTA TEFL qualification which typically lasts four to five weeks full-time. Prices in the UK start at around 900 pounds sterling. Courses are available at approved centres in 54 countries worldwide, and are based on specifications produced by Cambridge ESOL.

Pay attention at the back

If you decide to go for one of the intensive courses, you may benefit from some forward planning:

1. Cancel everything you have scheduled, including your social life.

3. Make arrangements to hand over any responsibilities.

4. Discuss the situation in advance with others that might be affected.

5. Familiarise yourself with the concepts beforehand to lessen the load by reading up on TEFL basics.