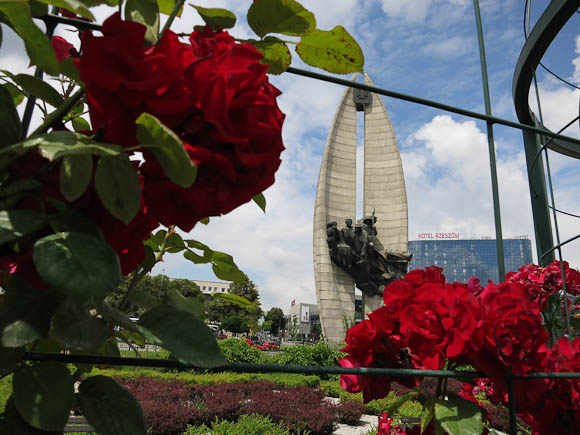 People are always going on about how a certain town, city or village is amazing. But not everywhere can be amazing, and sometimes amazing also means amazingly full of tourists. And hence amazingly annoying.

Some places, however, are just pretty cool. And that’s still good enough. And in some ways even better.

Rzeszów is such a place.

It’s in the southeastern corner of Poland, in the Subcarpathian province (Podkarpackie Voivodship), not far from the Bieszczady mountains.

Despite being well-served by Ryanair, it’s not a touristy place. Though this is possibly because people look at it and think ‘I can’t pronounce that’ and go to Krakow instead (for the record it’s ZHEH-shoof, where ‘zh’ is like the ‘s’ in ‘pleasure’). One might wonder how the city of Bydgoszcz gets any foreign trade at all.

You’ll hear scant few English voices in the square, and there aren’t even any backpacker-style hostels with ‘Hello!’ written in 47 different languages). I don’t think a saw a single ‘FREE CITY TOUR’ placard the whole time I was there, which is a blessing in itself.

I’m not saying “Rzeszów is the Paris of Central Europe!” or anything barmy like that. I’m saying “Go to Rzeszów – it’s really rather nice.”

Even most Polish people seem unaware of what a cool little place this is. I only found myself there because I’m on a contrarian’s tour of Poland, collecting material for my forthcoming book about Poland (sign up for my mailing list and I’ll let you know when it comes out). 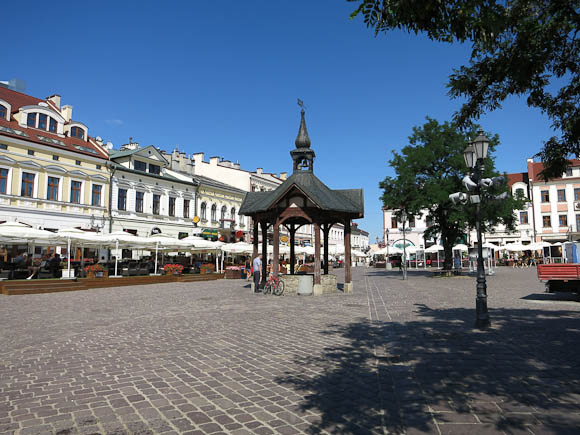 In general, Polish cities are split between the ones with a market square (rynek) for a centre (like Krakow and Wroclaw) and those with a main street (like Gdansk and Lodz). Rzeszow goes for the square, with a rectangular rynek that crests a rise, with a town hall at one end.

On a summer’s day it’s pretty darned splendid, with lots of ogródki (beer gardens), no traffic, and a nice vibe of people getting gently sloshed. 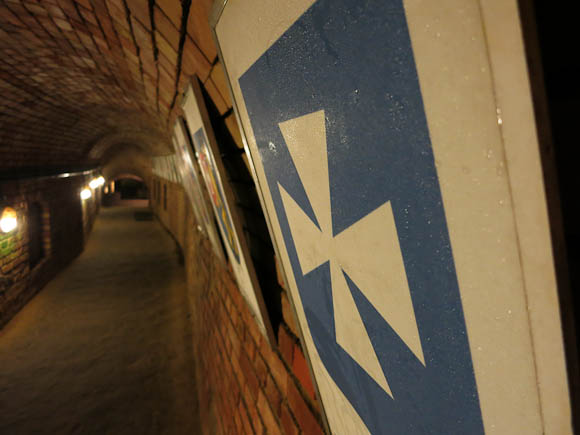 There are several kilometres of tunnels under the rynek, and you can see them with a guided tour. This can either be done in English or, if you follow my lead, with a grumpy Polish-language tour guide plus a bilingual friend as translator.

The Bernadine Monastery and Monument 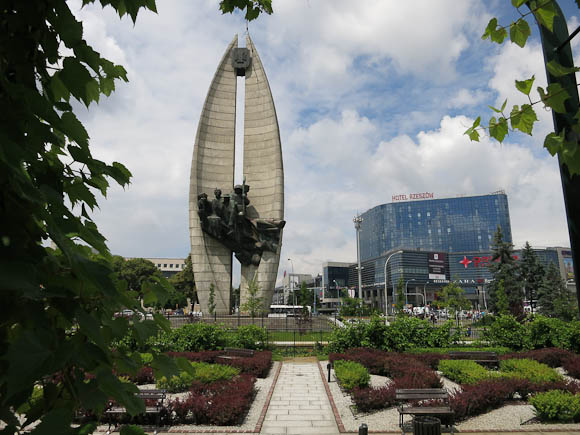 I didn’t visit the monastery, but the adjacent gardens are great. I’m not the kind of person to carp on about gardens, but I liked these.

Oh, and the Monument to Revolutionary Action, which is considered by gentlefolk as resembling a pair of donkey’s ears, and by everybody else as being somewhat labial.

I didn’t go, but the esteemed users of TripAdvisor seem to rate it highly, with one declaring it “A must-visit for cemetery lovers!” 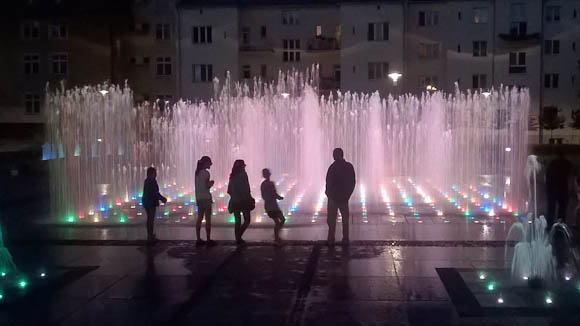 Adopting a similar tone (that of presumptuous guide-book writer), I would like to tell you that “Chlorine fans will love the multimedia fountain!”

As will fans of coloured jets of water.

And fans of watching fully-clothed people trying (failing) to correctly time their run through the jets such that they don’t get wet. 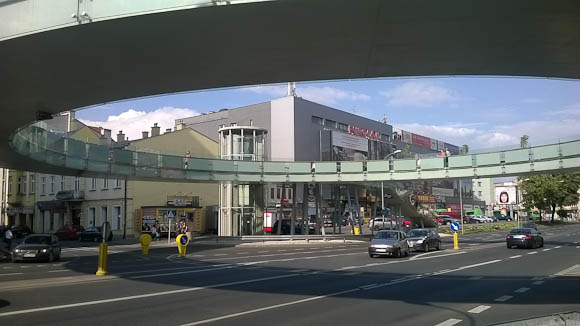 I don’t know exactly what to call it (let’s go for ‘pedestrian roundabout walkway in the sky’) but it’s great. It means you don’t have to suffer the traditional wait-for-half-an-hour-for-the-lights-to-change-then-leg-it-across that you often get on Polish pedestrian crossings.

There are benches on it, also plants, and people use it. It’s lit up at night, and it just looks cool in general. Nice work, whose ever idea that was.

There’s a pretty good vibe around the city, and I found the locals very friendly. Unfortunately, I don’t have any photos of the vibe. It seems to elude the camera lens.

Here’s a promotional video instead:

If there’s one thing that lets the side down, it’s food. The rynek should be full of great options. There are a few half-decent places doing Czech and Polish food, and a run of something like 5 consecutive kebab / takeaway joints, and that’s about it.

But there’s still a chance to get that feel of times gone by with the local bar mleczny (‘milk bar’ – a state-subsidised cafe from the communist era): 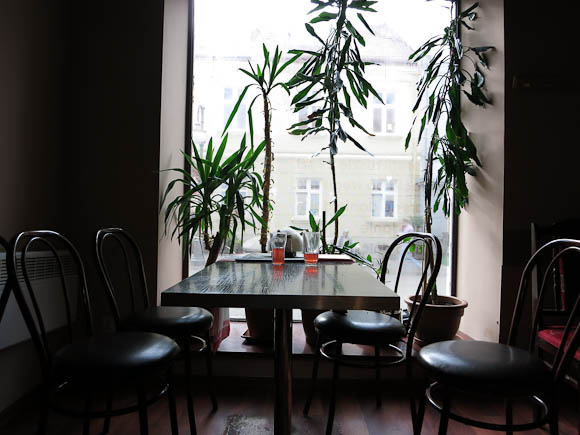 …you should go to Rzeszów. Because it’s really rather nice.