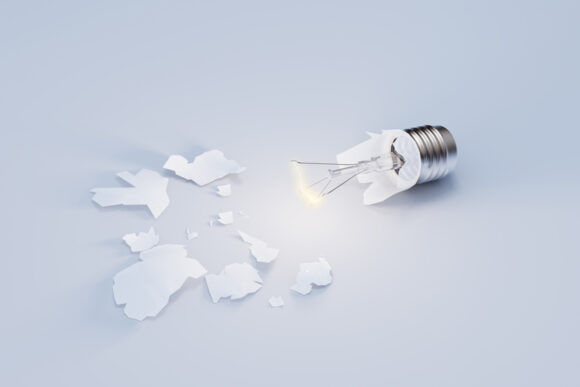 Ever Had a False Epiphany?

One morning last year I looked at my calendar and was quite surprised by something I saw.

Eh? I’ve scheduled in an epiphany?

I should note at this point that I know all about epiphanies, because I had one when I was 25 years old. It was the thing that made me jettison my career in IT for something far more frustrating with worse pay.

And one thing I learnt was this… you don’t schedule an epiphany. THAT’S NOT HOW THEY WORK.

As you almost certainly worked out quicker than I did, my calendar had been populated with ‘Epiphany’ automatically. This is because Google reads my all emails and let’s me know when I’m due to have another one. It’s also because January 6 is the Christian festival of Epiphany, and even though I’m not religious, that somehow ended up in there.

Let’s just blame it on morning brain, shall we? Especially as that will also help explain why I did exactly the same thing the very next day.

It’s not the first time I’ve done this. Some years ago, I got up in the middle of the night and was in a semi-wakeful daze when I spotted the following message on my desk. 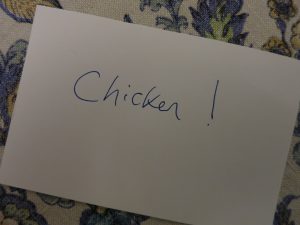 What the hell’s that supposed to mean?

Why was I calling myself a chicken? I can be self-deprecating at times – that’s just the British way – but I’m not one to leave abusive messages for myself.

Then it clicked – I was reminding myself to get the chicken out of the freezer. I picked up a pen and made a small addition, so as not to make the same mistake again. 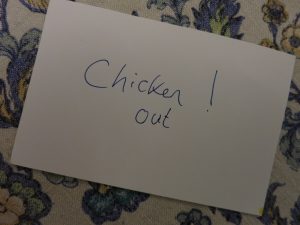 I got up again later, in a similarly befuddled state.

Chicken out? Eh?! I don’t chicken out of anything! Or if I do then at the very least I pretend it’s some kind of tactical withdrawal.

Then it clicked – again! – the cogs in my mind grinding so loudly that I’m surprised they didn’t wake up my neighbours.

I made one final alteration, this time going all out so I couldn’t misinterpret it. 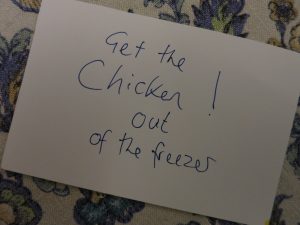 No, I didn’t get it wrong the next time. (Mind you, I’ve no idea if I actually got the chicken out the freezer, either).

In a way this was a genuine epiphany, as I now always double-check my notes to make sure I won’t be unintentionally trolling myself when I read them back later in a confused state.

And as a bonus, I’ll also never forget what day Epiphany falls on.