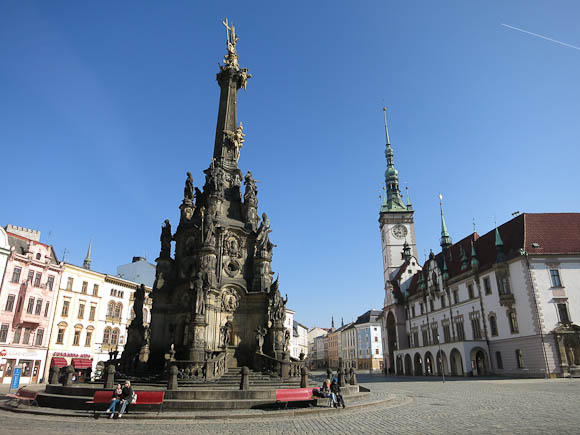 24 Hours in Olomouc – One of Those Proper Travel Articles

I probably goof about too much, so I’ve decided for a change to write a proper travel article, like the ones you see in magazines and newspapers.

I’ve just come back from the beautiful town of Olomouc in the Moravia region of the Czech Republic, so let’s run with that.

Go to Cafe Sant’ Angelo on Denisova street for their one of their renowned breakfasts. On arriving, discover that the kitchen is closed, so it’s cake or nothing. Bump into a couple of English teachers on the street outside and head instead for the Café attached to the modern art gallery. Proceed to stuff your face. 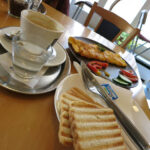 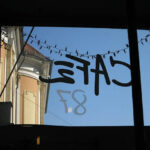 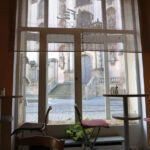 Go inside the old church opposite the café. Remember – you’re somewhere foreign, so churches have suddenly become a thing you need to visit, regardless of you relationship with them normally. Take a photo of the inside to put in your digital folder entitled ‘Church interiors that all look pretty much the same’. 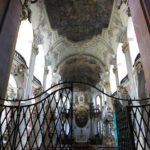 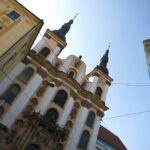 Check out the old town

Time to go and look at the exteriors of some buildings, and that kind of thing. After all, there is no better way of engaging with a city than by just staring blankly at some architectural stuff or other, without being hindered by things like cultural context or historical perspective.

Actually you could probably do one of those free walking tours if they have one. I don’t know – I didn’t check. But the concept is that they spout regurgitated waffle which you can’t process because you’re too busy thinking about how much you need to pay at the end so that you don’t look cheap, all whilst resenting the fact that they advertise it as ‘free’, and noting that if it had been called ‘The 5 Euro walking tour’ you would never have done it, yet knowing that’s what you’re going to end up paying for it – sucker – even though that’s not a bad deal now you think about it.

On the main square in Olomouc there’s a genuinely impressive column. Photograph the crap out of it. 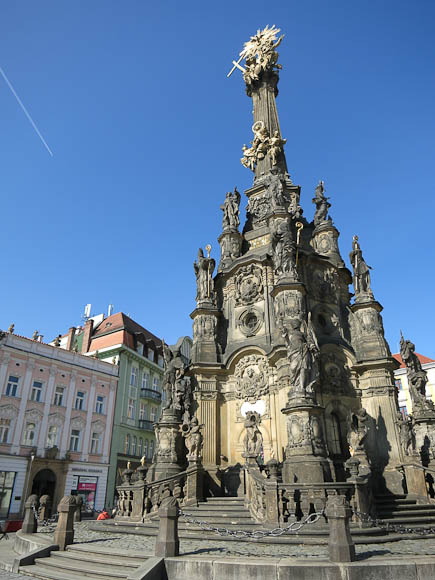 The Museum of Modern Art is free on Sundays. Or rather it was free on the day I went. I haven’t checked if it’s free every Sunday, but let’s assume so as that requires the least effort from me.

What could be a better use of your time than to visit a museum full of art that probably has nothing to do with the town that you’re visiting, which you won’t understand the meaning of, and which you won’t remember any of even just a day after your visit?

To be fair it genuinely is good. And if you don’t have a beard of your own to stroke, they rent out fake ones at reception. 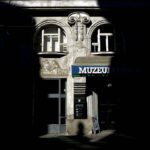 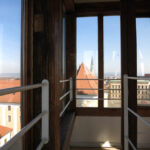 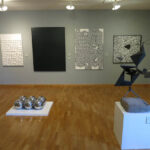 There’s a good view from the top, and a nice little café, too. And, this being the Czech Republic, they’ve had novel idea of making the inside section of the cafe smoking, and the outside non-smoking. This is presumably so the non-smokers don’t pollute the café with their bilious rants, mostly about the fact that they have to sit outside in the winter just to avoid being coated in a patina of carcinogens.

I recommend the smoked salmon on smoked bread. Or if you’re not hungry just go for a smoked cappuccino in a smoky cup. I actually have no idea if they serve any of these things – it was too smoky so I didn’t hang around.

At exactly 12 noon in the main square, the astronomical clock performs a mechanical show. You know, like the one everyone films in Prague then never watches again. Go and stand there like a dummy with all the other tourists. When you get home, make sure you put the video with your other unwatched astronomical clock videos for safe keeping.

Here it is – remember to applaud at the end. Like the clock gives a toss.

Look around for somewhere that sells sandwiches but end up at the French-themed Cafe La Fee which is actually really, really good, but means accepting a crepe for lunch.

The tower adjoining the Kostel sv. Mořice (Church of Saint Maurice – I just looked that up on Wikipedia) is open for visitors. There’s probably a great view from the top.

Philosophical question: if there is supposedly a great view from the top of a church tower, but you can’t experience it because it’s closed on Sundays, is it still a great view?

The correct answer is “What? Maybe. Oh I don’t know. I hate those questions.” 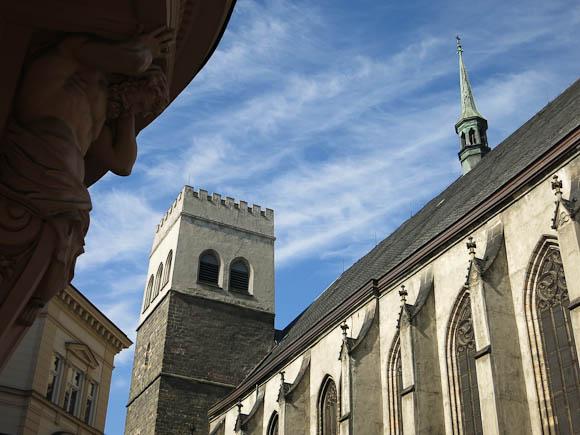 Walk round the old city walls

Look at the walls. Literally just sit there and stare at them. That’s your new job now. Don’t move until I tell you. 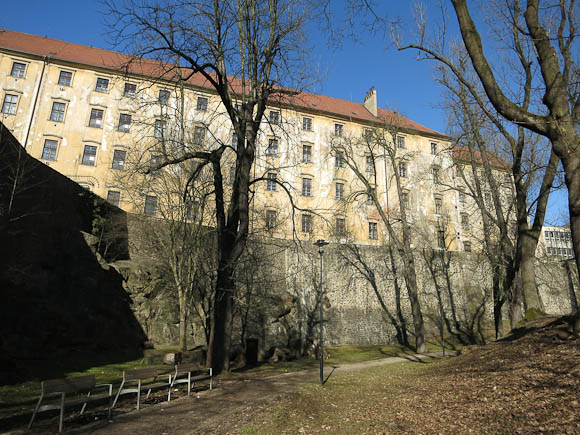 Go to the Botanical Gardens, but find that you can’t get in because gardens refuse to work on Sundays. Peer at them resentfully across the stream. Shake off your annoyance and sit on a bench facing the walls. Enjoy the silence and the sound of birds, at least until some local youths come and sit on the adjacent bench and start playing music through a mobile phone.

Go and visit the lake – it’s only a short walk away. Too long a walk for me, so I didn’t bother, although I did check it out on Google maps. I suggest you do the same.

Try some local Czech food at one of Olomouc’s microbrewery pubs. Notice several hours later that you still smell of garlic. It is possibly permanent. 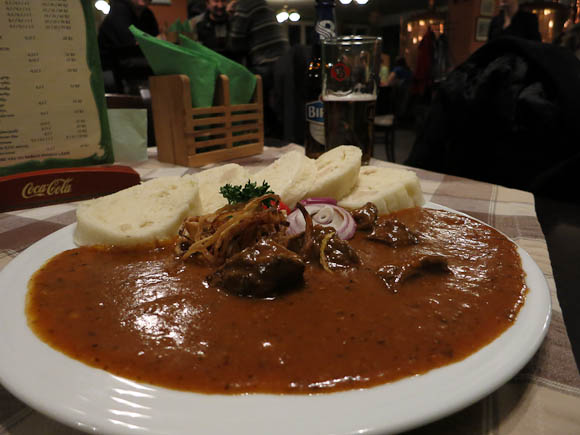 Stay in a hostel that looks like someone’s lounge, but which is actually really good – Poet’s Corner. Then sleep for ages, so I can justify calling this post ’24 Hours in Olomouc’ without having to write any more stuff.

Have you ever spent 24 hours anywhere? Did you count any stairs? How impressive is your own media library of church interiors and astronomical clocks? Share your thoughts below…