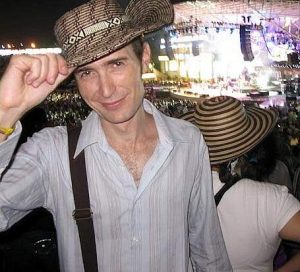 I’m a writer from England and this is my author blog – Wandering Desk.

Whilst writing is my main thing, I also do a bunch of other things besides, like voice acting, public speaking and flicking bits of paper about. I was the host of TEDxWroclaw for a while, and I’ve also done a TEDx talk of my own.

What do I write? Well… books, articles, emails, to-do lists, self-administered prescriptions, fake parking tickets, ransom demands, memos to self and, of course, this blog. My first book is called Dancing Feat: One Man’s Mission to Dance Like a Colombian, and you can buy it here.

What I’ve learnt from being a writer is that the writing bit is easy – a somewhat disheartening revelation given that writing itself is a lifelong pursuit. The hard bit is, well, just sitting down and doing stuff. Focus. Being productive. Creating more light than heat. Keeping happy.

None of this seemed hard enough so I thought I’d try doing it on the move, too. I’ve got a permanent case of impermanence, which means I travel a lot, although I’ve been spending a lot of time in Poland of late.

And that’s pretty much what this blog’s about. 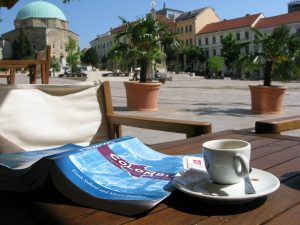 “This is the Travel Slap podcast, and I’m your host – Dave Slap.” 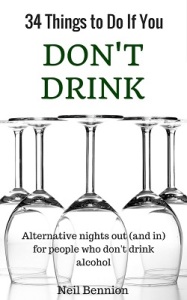 I’m a non-drinker. Of alcohol, that is – I don’t plan on giving up regular fluids any time soon. That would be pretty hardcore.

It’s not a moral choice, and nor am I an alcoholic. I originally stopped for health reasons (a beautifully ambiguous turn of phrase, I’m sure you’ll agree), and ended up staying that way due to a misplaced sense of moral superiority. No, okay, because I just like living like this. I make no promise that I’ll stay like this, but it suits me for now.

One really cool thing that came out of giving up alcohol was that I had to go looking for alternative ways to enjoy myself in the evening. I’ve written about a bunch of them in the book 34 Things to Do If You Don’t Drink. It was also part of the motivation for going on my mission to learn how to dance in Colombia, which I wrote about in Dancing Feat: One Man’s Mission to Dance Like a Colombian.

I also have a blog called Dry Times about the alcohol-free lifestyle, but it’s on semi-permanent hiatus simply because I can’t do everything. 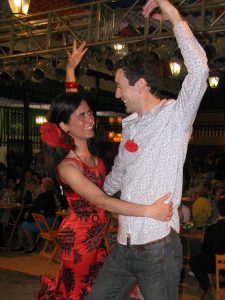 I somehow got into dance. I’m not a good dancer, but I’m a lot better than I was, and that’s down to my sojourn in Colombia. Since then I’ve had a go at learning both Lindy Hop and Sevillanas. Hopefully there are many more dance (mis)adventures awaiting me in life.

Guess what – I like travel! Completely unlike anyone else in my social demographic. Call me a trend-setter.

At this point I think I’m meant to casually brag about how well-travelled I am, under the guise of presenting my credentials, when it’s actually just an ego-stroking exercise. But I’m not really all that well-travelled compared to some (humility – that’ll fool them!). I’ve been to something like fifty or sixty countries – I don’t know exactly how many because I’m so carefree about it! Ha ha ha!

I love Latin America. It was the location of my first big trip away – back in 2002-3 – and retains a special place in my heart (the right ventricle). I can be on a beautiful shoreline in Europe, looking out to sea, and I’ll find myself thinking “Latin America is out there somewhere beyond the horizon”. Which it isn’t if it’s the Baltic Sea I’m looking out over, but that’s not the point.

NB About 1 in 20 people I meet seem to think Latin America is part of the USA, presumably a bit that the Romans invaded, or maybe a part where the Classics are an important part of the educational syllabus. Take it away, Wikipedia. 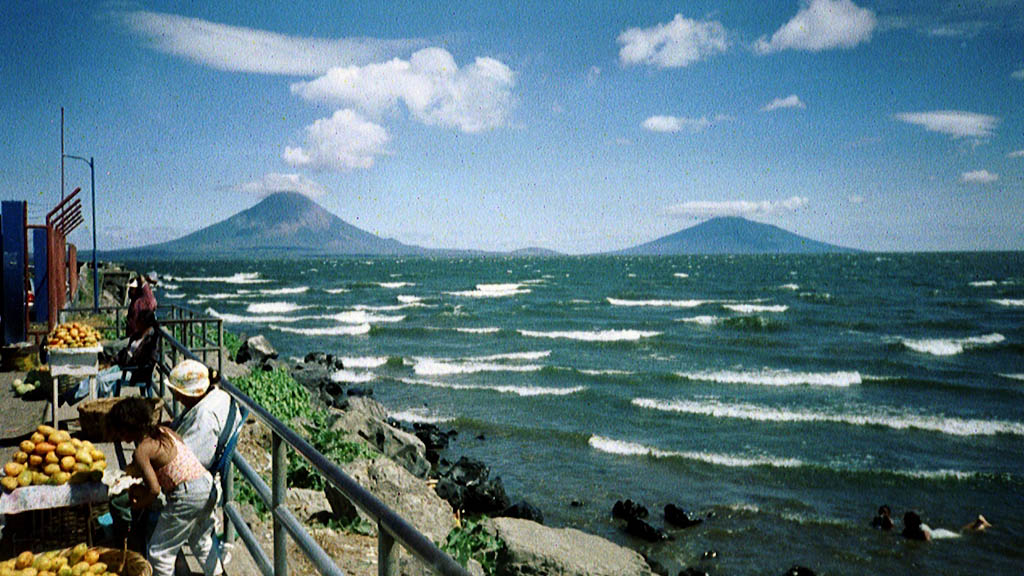 I’ve been taking photos from a young age. In fact I was raised by a pack of wild cameras. I’m not big into the whole ‘look at my super-duper-techno-whizzy-bollocks’ scene. Rather, I respect someone who has a good eye. Unless they take a photograph of that eye and set it as their profile image, in which case I don’t respect them quite as much.

I usually travel with something small and light; ideally something I wouldn’t be too upset about losing, breaking or inadvertently donating to a local thief. Currently that means a Canon Powershot S110. You can pick one up quite cheap sometimes as they’re at least a couple of models behind.

I’m a rational thinker. No, let’s start again. I’m an irrational thinker – we all are – but I do my best to call out my own bullshit thinking. I’m not into woo-woo, conspiracy theories or alternative medicine. In general, I’m a big fan of the truth (whatever the heck that is). Watch Tim Minchin’s beat poem Storm and you’ll get the general idea.

I’ve been following Formula 1 on and off since about 1989. And although I try not to inflict it on others, it can’t quite help but seep out between the cracks from time to time. As much as anything, I like the stories and the quasi-mythical heroism, especially of drivers of bygone eras. Which you’d probably guess if you’ve ever seen me bellowing “GO ON! GO ON!” at a bunch of cars driving round and round.

So that’s pretty much me.

Where to find me

I’m here, obviously. I’m also on Twitter, YouTube and Google+. See you there (and here, of course).

If you’ve hoping to hire me you might prefer to check out my professional (ha!) site.

And if you want to contact me, you can find my contact details on my professional site, or you can send me a message via the Wandering Desk page on Facebook.